High-energy battery for electric trucks and buses by Akasol

The heavy industries are up for electrification as Akasol launches their first battery with cyclindrical cells with extra high capacity. Their modular solution targets electric trucks and buses and is about to enter into real life testing. 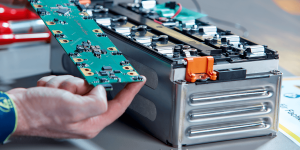 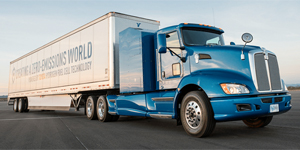 Rotary hybrid in the works? Mazda issued a teaser picture showing a new sports car concept which will debut at the Tokyo Motor Show. No official details have been released on the concept yet, but according to media reports, the study expected to be called RX-9 will feature a rotary engine with a two-stage electric turbocharger, mated to a hybrid system with a total power output of around 450 hp.
worldcarfans.com, autoblog.com, motoring.com.au

Brilliance teams up with Bosch: BMW’s Chinese joint venture partner Brilliance has agreed to enter into a strategic R&D partnership with Bosch. The cooperation between the two companies also includes the joint development of alternative energy automobiles.
gasgoo.com

Akasol batteries for e-buses in Cologne: Akasol is supplying the Li-ion battery systems for eight all-electric articulated 18-meter buses, manufactured by VDL Bus & Coach. The e-buses will be operated by the public transport company Kölner Verkehrs-Betriebe in the German city of Cologne.
greencarcongress.com

IC for electrified vehicles: Toshiba announced the mass production start of “TB9042FTG”, a system regulator IC for the motor control system of electric and hybrid vehicles. The new IC features a strengthened monitoring function to reduce potential risks that threaten the security of the system.
greencarcongress.com 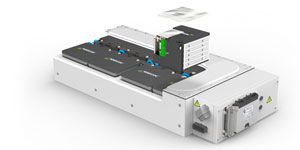 Self-extinguishing battery: Researchers at the Advanced Batteries Research Center of the Korean Electronics Technology have developed a Li-ion battery with self-extinguishing capabilities. They integrated temperature-responsive microcapsules containing a fire-extinguishing agent in the cell.
greencarcongress.com

Electric delivery van of the future: The EU-funded project FURBOT aims to make freight traffic greener, developing an electric delivery vehicle that will enable automated loading and unloading of goods in suburban areas. A field test is scheduled for the end of the year in Portugal.
ec.europa.eu

Most clicked link on Tuesday was our test drive of the Passat GTE.
electrive.com

Truck with power to spare: PG&E and Efficient Drivetrains Incorporated now introduced two jointly developed plug-in hybrid trucks designed for utility providers. With 120 kW exportable power, one of the trucks can provide enough energy to keep the lights on in a neighbourhood while crews are trying to fix whatever problem has caused an outage.
electriccarsreport.com, puregreencars.com

Internet of Energy: Within EU-funded ‘Internet of Energy for Electric Mobility (IoE)’ project, Siemens is developing solutions for even smarter grids. One of the technologies the company works on, is the integration of EVs into the energy management systems of large buildings.
idw-online.de, phys.org

Busy Akasol: The battery manufacturer just sealed a deal with the British bus builder Alexander Dennis London (ADL) to supply Li-ion batteries for London’s plug-in double deckers. The battery packs consist of 30 modules, which allow for a charging power of up to 170 kW and can store 61.2 kWh of energy. Just recently, Akasol had delivered battery systems to Bombardier to be deployed in four bendy buses by Solaris that will serve in the German city of Brunswick (we reported).
busnetz.de (in German)

Porsche 918 Spyder on fire: One of the 918 hybrid super cars in existence has caught fire at a gas station in Toronto, Canada. What has caused the fire is not clear yet but witnesses speak of overflowing fuel, which might have been ignited by the hot exhaust system.
blog.caranddriver.com, youtube.com (video)

Most clicked link on Monday was the announcement of Volkswagen’s plug-in Passat GTE to be presented in Paris next week.
carscoops.com

Electric cooling truck: German Orten Fahrzeugbau showcases its ‘ELCI’ electric truck at the IAA for utility vehicles. Its carrying capacity is 400 kilos at a range of up to 150 kilometres. Already the ELCI is in service as the Deutsche See Fischmanufaktur is using the truck’s two-chamber refrigerator to deliver its seafood quickly and cleanly.
pressebox.de (in German)

Hybrid batteries made in Germany: At the IAA for utility vehicles, Akasol presents its new battery system Akamodule HHP (Hybrid High Power) for hybrid vehicles, including utility vehicles, ferries and hybrid ships. Its 10-Ah pouch cells are said to live for 7,000 cycles while the module’s performance figures read 58 Wh/l and 1.45 kW/kg.
mynewsdesk.com (in German)

Solar energy made and stored in the USA: Solar City and Tesla say they intend to work together more closely. Within 5 to 10 years, every solar panel set could come with a battery pack made in Tesla’s planned Gigafactory. Solar City also plans to build its own gigantic factory, ten in fact, to produce solar panels itself and just recently acquired the start-up Silevo to do so.
technologyreview.com, mercurynews.com

Next Generation Train: This is the latest project of German DLR. At the InnoTrans Show currently taking place in Berlin, the German aeronautics centre presents the NGT LINK. This two-storey ultra-light high speed train is powered by a hybrid system and measures 12o metres. Also on display will be a model in the scale of 1:10 showing inductive charging embedded in the track bed.
dlr.de (in German)

Most clicked link on Monday were the findings of the new “E-mobility index” by Roland Berger Strategy Consultants and Forschungsgesellschaft Kraftfahrwesen mbH Aachen (fka), seeing Germany back in the technology lead.
consultant-news.com