Elon Musk, the man behind SpaceX, Tesla, Neuralink and the Boring Company, has apparently not yet reached his full capacity. Now the busy entrepreneur has released a track called ‘Don’t Doubt Yer Vibe’ for which he wrote the lyrics and provided the vocals himself. 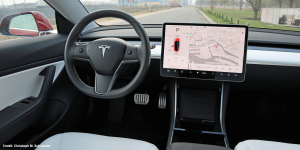 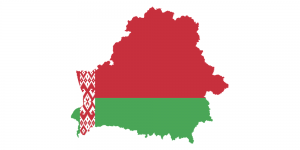 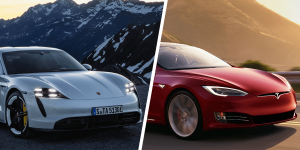 Tesla appears to have recovered from a more disappointing Q1 as the electric car firm says it set new production and delivery records during the second quarter of this year. Stocks surged 7% as a response. Tesla also hinted at a strong Q3, saying it has a backlog of orders.

Tesla filed for an offering of common stock and convertible notes and indicated that it would raise to 2 billion dollars. $650 million are to come in the form of new equity and the other $1.35 billion in convertible notes. Also, Elon Musk will acquire $10 million in shares.

Twitter, Elon and the courts: Tesla CEO Elon Musk and the US SEC have reached an agreement in the bizarre legal battle surrounding his use of Twitter for company statements. The judge has now decided that Musk may no longer use his “personal” platform to publish information that could affect Tesla’s stock value, including production […]

One of the best things about being a multi-billionaire engineering entrepreneur is that you can just invent stuff to fix something that annoys you. Like many of us, Elon Musk is apparently annoyed by loud electric leaf blowers.

Once again Tesla is caught up in the dealings of speculative short sellers banking on short-term profits. The short sellers are said to have discussed deliberately causing collisions to discredit the EV maker. Tesla also obtained an injunction against a short seller who apparently harassed and stalked employees.

In the next round of the row between the SEC and Tesla CEO Elon Musk about his tweeting habits, the presiding judge Alison Nathan has asked the concerned parties to “put your reasonableness pants on” and find a solution in the next two weeks.

Tesla has apparently exceeded the mark of 200,000 Model 3 units produced, according to the Bloomberg tracker. Already registered VINs for the Model 3 are closing in on the 300,000 units this quarter and Tesla CEO Elon Musk reports even bigger plans on Twitter.

Tesla has announced further job cuts. Around seven per cent of full-time jobs would have to be cut to further reduce costs, CEO Elon Musk explained in an e-mail to the employees. Tesla had already announced in June 2018 that it would lay off around nine per cent of employees.

Tesla is taking the 75 kWh versions of Model S and Model X off the market. Elon Musk announced via Twitter that the last orders for this version of the two models can only be taken until this Sunday evening. Meanwhile, Musk announced the new Roadster would take off, quite literally. 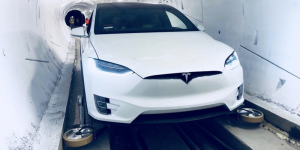 Elon Musk presented the underground transport system Loop of his Boring Company in a test tube. Contrary to expectations, however, no autonomous e-shuttle was presented at the same time. Instead, a retrofit solution for autonomous electric cars was presented using the Tesla Model X as an example.

The Boring Company to reveal an autonomous e-shuttle

Elon Musk’s tunnel digging venture, The Boring Company says they will open their first tunnel underneath L.A. on December, 18. Moreover they will combine it with the debut of an autonomous shuttle Musk says is “road-legal”.

Tesla has achieved a production rate of 1,000 Model 3 a week and now it is all about steadying that flow. Elon Musk said he had walked the line bit by bit last month and asked employees to make keeping the production rate their “top priority”.

Tesla and Daimler go back years when Daimler supported the EV maker early on. Now it looks as if it is time to give some of the “like” back and Elon Musk tweeted to toy with the idea of an electric van cooperation. Plus, he has expansive plans on Supercharging.

Tesla both surprised and impressed Wall Street when moving its Q3 earnings call forward a week. Shares soared by 12 percent and it turns out, investors were right. Tesla reports a profit for the second time in its history and makes a record revenue, mostly thanks to the Model 3.