JAC Motors of China is building on its existing partnership with Hefei Guoxuan High-Tech Power Energy. They want the latter to deliver batteries for electric vehicles in bulk by 2019, no less than 4 GWh to be exact. And they have sales ideas as well.

Autonomous EVs from China: Future Mobility, a start-up funded by Foxconn and Tencent, wants to kick off serial production of its self-driving cars before 2020, and offer different models based on the same platform from the get-go. Some 250,000 to 400,000 autonomous EVs could roll off production lines every year.
reuters.com

Bad news for Tesla: The U.S. Securities and Exchange Commission (SEC) is looking into whether Tesla breached securities laws when it failed to immediately inform investors about the fatal crash involving the Autopilot system. The carmaker defended its action, saying the investigation had not concluded until May. Meanwhile, another Tesla crashed in Montana. No one was hurt, but the driver claims the Autopilot was activated at the time.
wsj.com (SEC), electrek.co (crash)

BMW i3 on fire: A BMW i3 police car caught on fire in Rome. It was an i3 with range extender. What exactly caused the incident is still not clear.
insideevs.com, youtube.com (Video)

New solar van: Munich-based start-up Sono Motors will present its electric van Sion at the end of the month. The EV is said to charge itself using solar panels mounted on the car roof. The development and production will be paid for with crowdfunding.
autonotizen.de (in German)

Protectionism backfires: Chinese JAC Motors has stopped the production of it all-electric SUV iEV6s, because China no longer subsidises Samsung SDI (we reported). The Korean battery maker had been chosen as the exclusive supplier for the EV.
pulsenews.co.kr

Toyota Down Under: The Japanese carmaker has delivered three of its fuel cell Mirai to Australia. They will serve as demonstrator vehicles to show how the technology works. A mobile hydrogen filling station is planned as well.
themotorreport.com.au, themanufacturer.com 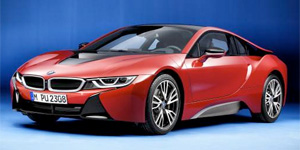 All-electric BMW i8? According to Autocar, the BMW i division is working on an i8 variant powered by three electric motors. It will most probably be used as a safety car for the Formula E. If it will also hit showrooms is not clear. What is, is that the i8 will get a facelift. Performance will increase by ten percent, and the 20 Ah battery will be replaced with a 26 Ah system.
autocar.co.uk

More room for the Model 3: In light of recent interest in the Model 3, Tesla is already planning to expand its Fremont production plant. The development will cost some 1.26bn dollars and the carmaker has applied for a 106 dollar tax relief in California.
insideevs.com

JAC to arrive on European shores? The Chinese manufacturer may be considering producing electric cars and buses in Bulgaria to enter the European market. That is at least what the Bulgarian ministry of economics has announced. How concrete these plans really are – we will see.
autonews.com

Solar Impulse 2 crosses Atlantic: The solar-powered airplane has touched down in Seville, Spain, after flying across the pond for 71 hours straight. That is about 20 hours less than the crew had planned for. They had taken off from New York on Monday.
cnn.com, .bbc.com, solarimpulse.com

Following on Tesla’s heels: Chinese NextEV is testing its all-electric sports car in Europe these days, German Wirtschaftswoche reports. A limited number will be available from the end of the year. From the end of 2017, NextEV will take on the Tesla Model 3 with its own electric car fit for the masses and priced at around 50,000 euros. The Chinese are planning to sell 500,000 units per year.
wiwo.de (in German)

Affortable e-bike from China: Chinese smartphone manufacturer Xiaomi now offers a foldable electric bike called the Mi Qicycle. It only weighs 14.5 pounds, comes with a 3-speed hub plus a 250W motor for pedal assist for about 45km. The price – only 460 dollars.
engadget.com

Chinese EV for the US: Carmaker Anhui Jianghuai Automobile aka JAC Motors from China signed an EV export framework agreement with American GreenTech Automotive (GTA). GTA is supposed to sell at least 2,000 units of the JAC IEV electric car in the States.
4-traders.com

BMW i3 sales start in Singapore but only in the range extended version REx because the city state’s lack of charging infrastructure. The Germans expect to sell about 50 units of the i3 this year together with about ten BMW i8 sport hybrids. Deliveries are set to start shortly.
insideevs.com

NextGen Auto – Leading the Revolution in Auto Parts. The 3rd NextGen Auto International Summit China will be held in Shanghai on 9 December 2014. The 2014 talks will focus on the topics of “Electromobile support policy analysis from China government officials”, “The development direction of OEMs” and “How do new energy trends predicted by vehicle manufacturers”. Well-known vehicle manufacturers, OEMs, dealers and associations who focus on the technological innovation and market tendency invite you to discuss with them. More information: www.nextgenautosummit-china.com

Electric light-weight truck: EV-Fleet is about to launch its all-electric truck in its home state North Carolina. The Condor comes in pick-up size and with a load capacity of up to 500 kilos while its 50-kWh battery is said to offer a range of at least one hundred miles.
insideevs.com, ev-fleet.com, youtube.com (videos)

America’s least stolen car: Tesla’s Model S might appear to be one of the most wanted cars in the States but its “theft rating” speaks otherwise, according to a report by the Irish Times. Per 1,000 produced Tesla EVs only 0.15 get stolen and the newspaper pins that low number down to a yet very low demand for second-hand Model S parts.
irishtimes.com 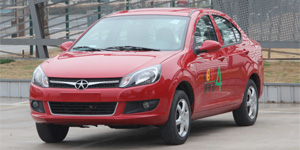 Made by China for China: The state-owned carmaker JAC Motors has launched its latest model on its domestic market. The iEV 4 is said to offer a range of 200 kilometres per charge. With a price tag of just 74,800 yuan (about 12,000 dollars) the iEV 4 is in competition with BAIC’s E150EV.
wantchinatimes.com, automotivemegatrends.com

Protectionism in China: The latest EV programme of the Chinese government will only back domestic production. Imported new energy cars like Tesla will not benefit from waived purchase tax and other incentives, the deputy minister for Industry and Information Technology now said.
ecns.cn

Tesla production stopped: The Fremont facility has come to a scheduled halt at least until August 4th. During that time, the Californian electric carmaker will prepare the production line for the upcoming Model X and at the same time increase the production capacity for the Model S by 25%. The modifications will cost Tesla 100 million dollars.
bloomberg.com, insideevs.com, transportevolved.com

Honda NSX spied at the Ring: A production prototype of the Japanese supercar has been photographed on the Nürburgring. The Honda NSX is driven by a V6 engine and 3 electric motors and is said to be unveiled at Detroit Motorshow and the Salon in Geneva before launching later in 2015.
autoexpress.co.uk, autoblog.com

New Lexus hybrids: Toyota is keeping busy expanding its luxury segment. The NX Hybrid will be followed by the LF-LC which is also planned as a hybrid, possibly with BMW. Even sooner, one can expect the Lexus RC Coupe which will also get partial support by an electric drive.
motortrend.com