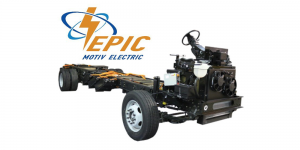 BYD funds for battery production: The Chinese manufacturer plans a share sale, with which it hopes to gain about 10 billion yuan (1.6bn dollars). The fresh capital is believed to be used for expanding BYD’s battery production to fulfil increased demand for the company’s electric cars and buses.
bloomberg.com

Further expansion plans come from Motiv Power who just received a grant from the California Energy Commission over 8.1 million dollars. The money is to aid production at Motiv’s new factory in Hayward. At full capacity, the facility is said to make up to 480 all-electric powertrains annually.
bloomberg.com

Fuel cell deal for Hydrogenics: The Canadian company has landed a 50-million euro deal with Alstom Transport to exclusively supply the latter with fuel cell systems for regional commuter trains in Europe over the next ten years. Delivery of the first units is set for 2016.
greencarcongress.com

Most clicked link on Wednesday was Audi confirming its Q8 for 2019 launch and its all-electric Q6 for 2018.
worldcarfans.com