Self-drive delivery van: RoboRace presented the Charge at the ‘Wired Conference’ in London. The electric van shall be produced in Oxfordshire and the firm claims it can be assembled by one person in four hours. It will be self-drive ready and up to 10,000 units could roll off the production lines in 2017.
bbc.co.uk, wired.co.uk

New Tesla supplier? German SHW Automotive received a 100 million dollar order from “the world’s leading manufacturer of all-electric vehicles” as a system supplier of electrical ax gear pumps. They did not reveal, who placed the order but it is likely to be Tesla as the firm also speaks of “mostly four-wheel drive electric vehicles.”
scope-online.de

Electric heli takes off: Tier 1 Engineering delivered the world’s first manned electric helicopter flight in southern California. The small machine was airborne for about five minutes and reached an altitude of 120 metres at a peak speed of 80 knots.
fortune.com (with video)

Fuel cell stack for ships: PowerCell Sweden took the first marine order for two PowerCell S3 prototype stacks. They will be installed by Swiss Hydrogen in a solar boat. The system includes on-board production of H2 from solar, hydrogen storage and two fuel cells with 30 kW each.
greencarcongress.com

More batteries from Southeast Asia? Thai-paper The Nation writes that Toyota is looking to launch a new production facility in the ASEAN region. Up till now, the Japanese has produced cells almost exclusively in Japan. Its new factory in China is a first attempt at cutting the cost of the batteries.
nationmultimedia.com

Autonomous shuttles in Lyon: After Sitten in Switzerland, company Navya is launching two self-driving electric shuttles in the French city, where they will service a 1.35 km long route with a total of five stops for the next year. Riding the shuttle is free and just like in Sitten, there still is a person at the wheel for safety reasons and the EV won’t go past 20 kph.
theiet.org, thelocal.fr

Fuel cell range extender: PowerCell Sweden has received an order from an unnamed Chinese manufacturer that wants to use S2 fuel cell stacks as range extenders in its electric vehicles. The fuel call stacks are designed for efficient power generation in the 5 to 25 kW range, which suggest a small passenger car.
greencarcongress.com

Doubling power: Researchers from Japan and the U.S. have developed silicon-iron based nanomaterials to use in lithium-ion anodes. The new nanostructures have about twice the capacity (about 689 mAh/g) as conventional materials and it are said to be more stable.
greencarcongress.com 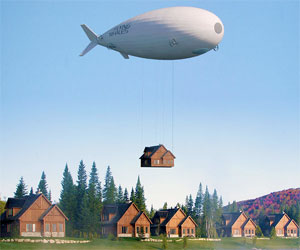