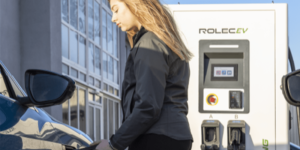 British charging equipment manufacturer Rolec EV has announced a new deal with Sinexcel. The technology company will support Rolec in launching a new range of DC charging stations offering 60kW through to 480kW. Rolec EV expects these to become the most price competitive in the industry. 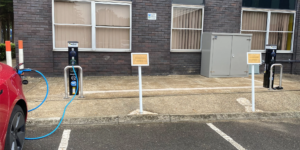 Saint-Gobain UK & Ireland – one of the UK’s largest manufacturers and distributors of building solutions –  has signed a partnership with the charging manufacturer Rolec to support the delivery of a network of 1,000 charge points across Saint-Gobain’s sites, offices and retail branches over the next 5 years. 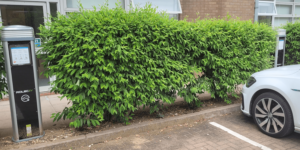 Property developer Willmott Dixon has announced it will roll out EV charge points across all its sites and office and teamed up with Rolec to install said charging stations at more than 100 locations in England and Wales during 2021.

Ontario rebates: Ontario has released a new 8.3bn dollar Climate Action Plan that would offer cash incentives up to 14,000 dollars for the purchase or lease of an EV, and 1,000 dollars for the installation of a Level 2 home charger.
ontario.ca, chargedevs.com

Fast charger upgrades: BRUSA has upgraded their on-board fast charger NLG664 to feature a 45-64 Hz input frequency and improved single-phase current of 30 A. It is the first charger to allow a typical EV battery to charge in less than one hour from a standard 3-phase AC grid.
greencarcongress.com