Tesla made in China? The Californian EV maker negotiates with the Chinese government on domestic EV production. CEO Elon Musk believes that Tesla models made in China could lower prices by a third. Demand has been slow as only 3,025 Model S were sold from January to September.
reuters.com, huffingtonpost.com

Golf SUV electrified: A new VW Golf scheduled for 2017 is to grow longer to sit between the Polo SUV and the Tiguan. Autobild reports that first a scalable mild-hybrid is planned, followed by a PHEV, which might become quickly replaced by a fully electric version for the Chinese market.
autobild.de (in German)

New Nissan EV: The Japanese carmaker teased a new concept ahead of the Tokyo Motor Show. An illuminated grille and some shadows reveal the car as rather compact. All Nissan gave away so far, is that it will definitely be electric.
autoblog.com

3 in 1: Honda has talked about a new PHEV and EV to be introduced in 2018, but has not leaked anything. Autoblog thus suspects that maybe the FCV to debut in Tokyo will hide more under its hood than just a fuel cell and could in fact serve a model for the hybrid and battery-electric drivetrain, too.
autoblog.com

Dutch double-bill: The winner of the World Solar Challenge in Australia is the Nuon Solar Team which has beaten the Solar Team Twente with only three minutes difference. Both from the Netherlands, the teams dominated the 3,000-km race from early on. Third position is held by the Japanese team Tokai.
abc.net.au, gizmag.com

Hybrid Golf SUV? According to Car Magazine, Volkswagen is working on a SUV version of its Golf. A plug-in hybrid could feature technology now used for the Golf GTE, which combines a 1.4-litre TSI engine with an electric motor. The Golf SUV is said to be available in 2018.
carmagazine.co.uk 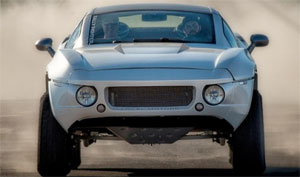 Offroad hybrid: After making headlines with its 3D printed EV, Local Motors presents an all-wheel drive hybrid concept of its Rally Fighter, that is limited to 2,000 units. Whether the hybrid Rally Fighter will go on sale has not been revealed.
practicalmotoring.com.au, localmotors.com

BYD spy shots: The Chinese-made transporter M3 DM, that debuted as a concept on the Beijing Auto Show in April was caught on camera during test drives. It features a hybrid drivetrain with a combined output of 259 hp and will be available early 2015 starting at 150,000 yuan (24,500 dollars).
carnewschina.com

Soul EV goes on sale in UK: There, the electric Kia can now be bought starting at 24,995 pounds (39,788 USD) after government incentives. The carmaker only expects to sell about 200 units per year in the UK, offering the Soul EV at only 13 dealerships nationwide.
transportevolved.com, autotrader.co.uk

No more “Electric Drive”: Starting next year, Mercedes will simplify the names of some of its models and the drivetrain designations. All electric and plug-in hybrid models will be marked with an ‘e’, hybrids without plugs will receive the letter ‘h’ and fuel cell vehicles the letter ‘f”.
autocar.co.uk, autoblog.com