Tesla is apparently looking for more suppliers to manufacture its 4680 battery cell in China. According to a Chinese media report, Tesla is already negotiating with several battery manufacturers in the country, such as the existing suppliers CATL and LG, but also with new suppliers. 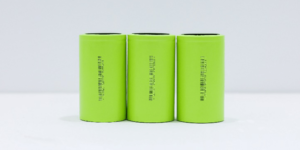 The Chinese battery manufacturer BAK Battery presented a cylindrical cell in the 4680 format at a trade fair – the format Tesla wants to rely on in the future. Unfortunately, no details are known about the chemistry of the new BAK cell.

Quadrupled capacity: Researchers from Stanford University are reporting considerate progress on finding a stable lithium metal anode. If finished, it could be used in Li-sulphur or Li-air batteries and the scientists believe this would lead to EVs with 300-mile range for about 25,000 dollars.
phys.org, greencarcongress.com

Seven times higher energy density is the promise Japanese researchers at the University of Tokyo are working towards. Through adding cobalt, they reached a oxidation-reduction reaction that sets off peroxide. The researchers expect an energy density of 2,570 Wh/kg if the idea is applied in real batteries at some point.
nikkeibp.co.jp, greencarreports.com

More better batteries from China: China BAK Battery and the Dalian Institute of Chemical Physics of Chinese Academy of Sciences have agreed to work together on batteries for electric vehicles. The collaboration entails R&D of new battery materials, testing and manufacturing technologies as well as the training of graduates.
greencarcongress.com

Tesla drive problem? More and more Model S drivers are coming forward online, reporting problems with the electric motor of their cars. Edmunds says, the drive of its Tesla has had to be exchanged three times already during their long-term test. In the Tesla Motors forum, 87 Model S drivers said their motor had to renewed at least once.
insideevs.com, teslamotorsclub.com

Most clicked link on Monday was the presentation of Polaris GEM’s new line-up of their all-electric vehicles for 2015.
hybridcars.com