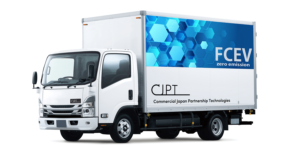 Solar home charging: BMW partners with Loxone to introduce solar charging stations with smart home integration in the DACH region, as well as the UK, the Netherlands and Czech Republic. The so-called E-Mobility Starter Kit is said to be open to any EV manufacturer and costs 599 euros with solar charging already installed. The Wallbox Pro will cost an additional 2,200 euros.
wiwo.de (in German)

Zero-emission delivery: Austria’s postal service is adding more electric vehicles to its 1,111 strong fleet, bringing the number to 1,300. In Vienna alone, 90 EVs will be added to enable a 100 percent emission free delivery of mail and newspapers by the end of the year.
ots.at (in German)

Electric bus in Bangkok: An electric bus by BYD is to serve in the Thai capital during a three month trial. If successful, Bangkok will replace 200 of its 3,183 conventional buses with electric ones, and plans to eventually electrify the whole fleet.
automotiveworld.com

H2 for Fukushima: The nuclearly devastated Japanese prefecture turns to hydrogen production from renewable sources. The ‘Fukushima new energy society initiative’ will produce enough energy to power about 10,000 fuel cell vehicles, which will also be used during the Tokyo 2020 Olympics.
the-japan-news.com, japantimes.co.jp