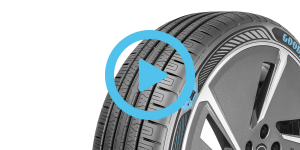 Goodyear draws attention to a new tire technology designed for EVs in Geneva. The EfficientGrip Performance with “Electric Drive Technology” features larger rubber contact patch on the road while reducing rolling resistance, aerodynamic drag and tire noise, according to the manufacturer. 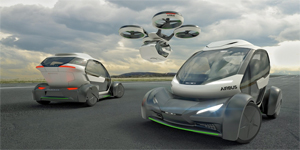 Airbus and Italdesign popped up quite literally in Geneva, where the two show a concept that is both car and drone for up to two passengers. The Pop.Up is self-driving, or self-flying, once the little capsule is propped upon or underneath respective power modules for electric air and ground transport. Control is left to artificial intelligence and Airbus believes that commercial applications for what it calls “urban air mobility” could emerge in as little as ten years – if a few regulatory hurdles can be jumped.
autonews.com, airbusgroup.com, youtube.com

The next EV too has design roots in Italy and while it looks as if it could take off at any minute, the Scilla is made for the road. It is in fact closer to the ground than a Ferrari 488 and was conceived by students at the Istituto Europeo di Design (IED) in Turin, Pininfarina and the editors of Quattroruote magazine. Its got four in-wheel electric motors and shall sit two but earliest in 2030 as for now it is just a concept.
carscoops.com, quattroruote.it (in Italian, with video)

Scalable battery solution: Kokam launched the XPAND battery pack, suitable for all sorts of commercial and industrial electric vehicle applications, be it a bus, tram or ship. The XPAND will come with either 7.1 kWh or 11.4 kWh and both versions are scalable.
greencarcongress.com

Smart tire: Goodyear unveiled the IntelliGrip Urban, a concept tire designed with autonomous electric ride-sharing vehicles in urban areas in mind. The tire senses road and weather conditions, which it sends to the vehicle so the car may adjust speed, braking, handling and stability.
goodyear.eu 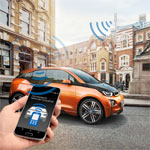 BMW eyes driverless tech: BMW Board Member Klaus Froehlich confirmed that the company’s i division will mainly focus on self-driving vehicles in the future. A new electric BMW i will not be hit the road before 2021, when battery technology will have improved.
reuters.com, insidedev.com

Electric Genesis: Hyundai VP Manfred Fitzgerald confirmed that it is “very, very obvious” that the carmaker will launch an all-electric car under its luxury brand. No details are known, but Fitzgerald says it is clear that “full electric cars will be the future in the auto industry.”
carscoops.com, autonews.com

Goodyear three-wheelers: The Goodyear Tire & Rubber Company launched two new three-wheeled electric vehicles – the e-Go 1 stand-up and the e-Go 2 sit down vehicle. The EVs are powered by a lithium-ion battery, have a range of 100 km, and can reach 45 kph.
cablesforcharging.com

BAIC in Mexico: The Chinese manufacturer has begun selling its cars in Mexico and hopes to reach 5,000 sales per year by 2018. Moreover, it may set up a factory in the country that could also produce electric vehicles. Details about when were not announced.
autonews.com

VW shifts investments to EVs: The Volkswagen Group reallocated 200m dollars from traditional IT departments to the development of new technologies including electric cars and self-driving technology. Meanwhile, German Morgenpost Sachsen reports that VW’s Transparent Factory in Dresden could start producing cars again from 2017, and most likely EVs.
automobilwoche.de (investments, in German), mopo24.de (in German)

Hero scooter: Electric vehicle maker Hero Electric has launched the NYX Electric scooter on e-commerce site Paytm. Powered by a 250W electric motor, the NYX is claimed to have a range of 70 km and top speed of 25 kph. It is now available in 15 cities across India and priced at approximately 400 euros.
drivespark.com

More than 1500 hp, 0-248 mph in under 20 seconds – meet the Koenigsegg Regera, unveiled at the Geneva Motor Show. The hybrid system of this Swedish hyper sports car combines a V8-engine with three electric motors which sign for 515 kW alone. The battery system comes from Rimac and is said to be the world’s most power-dense to date. However, only 80 units of the super hybrid will be built.
gtspirit.com, techeblog.com, pistonheads.com, electricautosport.com (Rimac battery)

Zoe gets increased range: Renault has issued an upgrade for the Zoe which boosts its range by about 30 km to 240 kilometres. Inside the new Zoe, a more compact and lighter electric motor called R240 together with an optimised electronic management system are said to work wonders. The motor also features a new Caméléon system which allows faster charging at home (3 kW and 11 kW).
insideevs.com, transportevolved.com, autovolt-magazine.com

Tires reloaded: Goodyear showcases a concept tire in Geneva that produces energy – the BH03 transforms heat created when it rolls into electrical energy. However, the concept tire will not get to market anytime soon but will serve as a base for future innovations.
prnewswire.com

Concept EV from India: Tata Motors brought the ConnectNext concept to Geneva. The five-seater electric car comes without a B-pillar for flexibility on the inside while boasting technologies like screens for the rear passengers or cameras instead of mirrors.
indianautosblog.com, tatamotors.com (pdf)

Most clicked link on Tuesday was Nissan´s ‘Ultimate Smart BBQ Vehicle’, which is based on the all-electric van e-NV200.
electriccarsreport.com