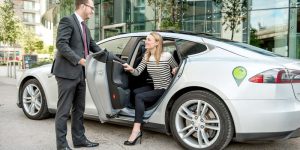 Planning security: The UK Plug-In Grant has been extended until March 2018. But instead of 5,000 pounds, buyers of cars with at least 70 miles of electric range will receive 4,500 pounds. Plug-in hybrids are eligible for 2,500 pounds if their price is below 60,000 pounds. The grant to install a home charging station has been reduced to from 700 to 500 pounds. The changes will come into force by March 2016.
fleetnews.co.uk, autocar.co.uk, gov.uk

Climate Action Plan: The San Diego environment committee adopted a plan that will see the city cut carbon emissions by 50 percent by 2035. This decade, half of the government fleet will be electrified, 90 percent by 2035. The plan also includes more facilities for cycling and walking in the city.
sandiego6.com

Electric shuttle summary: The 200-strong fleet of Nissan and Renault electric vehicles drove 175,000 km at COP21 in Paris, saving 18 tons of CO2 emissions and 29,000 litres of petrol. About 3,800 transfers of delegates were made in Zoe, Leaf and e-NV200 vehicles driven by volunteering employees of the carmaker alliance.
media.blog.alliance-renault-nissan.com

Green car club: The City Car Club is coming to West Yorkshire. About a 100 vehicles, including 20 hybrids and five electric cars, will be available to share in Bradford, Calderdale and Wakefield. The car club cooperates with public transport as annual MCard holders benefit from reduced rates.
fleetnews.co.uk

Simplified EV registrations: With Beijing being the second most air-polluted city in the world, citizens have to play the lottery if they want to register a new car. Not so with EVs: the government set aside about 20,000 EV license plates easily to get a hold of but has only received 1,700 applications so far. It seems like some Chinese would rather walk than drive an electric car.
green.autoblog.com

Broken dream: The deal between BYD and cab service Green Tomato Cars to bring 50 electric e6 taxis to London (we reported) has been called off mutually. The chauffeur service decided not to go ahead as it is worried about charging infrastructure not being sufficient in the British capital.
thegreencarwebsite.co.uk

One million for e-mobility: The German county of Lower Saxony will spend 438,000 euros (665,000 dollars) to install 16 DC fast-chargers in the city of Brunswick. An additional 644,000 euros (886,000 dollars) will be invested by Brunswick itself until the end of 2015. Currently, 229 electric cars are registered in Brunswick which share five AC charging stations.
braunschweigheute.de (In German)

Hybrid buses carry on: The Swiss city of Lucerne will continue its trial of hybrid buses with Volvo’s new 7900 Hybrid. The program started with six buses three years ago and since then the buses have been running for more than a million kilometres. Over the next five years, Lucerne’s public transport vbl will continue testing with just three hybrid vehicles rented from Volvo as it awaits advances in technology.
luzernerzeitung.ch (In German)