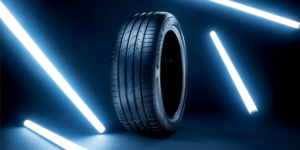 The tyre manufacturer Hankook is launching its first tyre family, iON, on the market from May 2022, which has been specially developed for electric vehicles. Among other things, these will not only have a reduced rolling resistance and low-noise rolling behaviour but will also be designed for the high torques of electric cars.