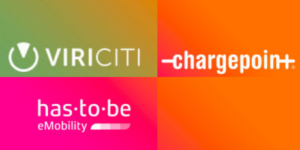 In Europe, the US charging provider ChargePoint has acquired electric bus and commercial vehicle management provider ViriCiti for around 75 million euros. This should allow ChargePoint to accelerate the electrification of fleets. After acquiring has.to.be last month for around 250 million euros, this is ChargePoint’s second major acquisition in Europe within a few weeks.

EVBox and has·to·be have entered into a roaming partnership. Under the terms of the agreement, both companies will grant each other access to their charging networks distributed across Europe. 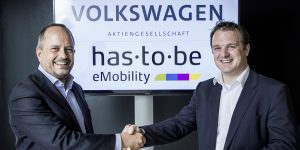 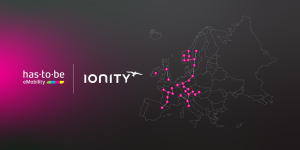 For some time, Ionity has been relying on software and services from the Austrian electromobility provider has·to·be  to expand Ionity’s fast charging network. Now both companies have agreed on long-term cooperation.

New roaming initiative: Company has.to.be announced at the IAA in Frankfurt that it will extend its charging station management system be.ENERGISED to include access to BOSCH Charge&Pay, Plugsurfing and InterCharge. Customers still have to sign up for a subscription with each of the roaming partners.
has-to-be-energised.com

New stations in New Jersey: Saint Peter’s University Hospital in New Brunswick, New Jersey, installed five charging stations for employees as part of a pilot project with Public Service Electric and Gas Company (PSE&G). The goal is to push EV uptake. PSE&G paid for the equipment, while the hospital paid for installation and will settle electricity costs.
yahoo.com, pseg.com

Electric on the ground: Air New Zealand says it hopes to electrify its entire fleet of road vehicles and ground equipment by 2017. The first EVs will arrive before the end of the year. This is part of the airlines move to cut carbon emissions, as it believes that a global carbon price is coming.
smh.com.au