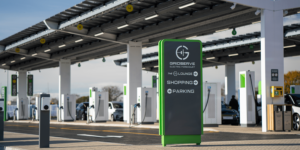 LA electrifies: The city of Los Angeles wants to lease 160 all-electric cars and 128 plug-in hybrids in the coming months. Apart from reducing greenhouse gas emissions, the initiative is estimated to lower operating costs of the city’s fleet by 41 percent. The LAPD already received a Tesla Model S P85D and a BMW i3 in a full-fledged police outfit.
latimes.com, transportevolved.com, insideevs.com

Bern swaps diesel for hybrids: The Swiss capital has ordered 21 hybrid articulated Volvo buses, which will replace Bern’s current diesel buses and are scheduled to be delivered from mid-August to the end of October 2016. The new buses are said to drive all-electric around 30 percent of the time.
nahverkehrs-praxis.de, newstix.de, derbund.ch (articles in German)

H2 on the fly: The Norwegian prime minister inaugurated a hydrogen fueling station at Oslo airport. Another three are scheduled to be built in the greater Oslo region over the next two to three years. Norway wants to maintain a leading globally role in the adoption of hydrogen fuel.
norwaytoday.info, fuelcellsworks.com

Fuel for all: ITM Power will deliver hydrogen filling stations to three Shell locations in the UK. These will be the first hydrogen stations on the premises of existing petrol stations in the country.
itm-power.com, gasworld.com