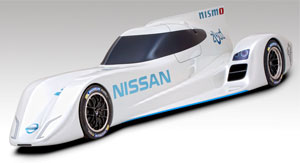 New Honda hybrid in Japan: Honda will launch the “Grace” hybrid in its home market on December 1st. It will reportedly be the Honda City, being produced in India, Thailand and Malaysia, with a new powertrain, most likely the Sport Hybrid i-DCD coupled to a dual-clutch transmission.
indianautosblog.com, autoevolution.com

Electrifying Thailand: The National Science and Technology Development Agency (NSTDA) and Loxley Public Company have signed an agreement to push for more EV development in Thailand. The focus is on research and development of batteries and charging systems, as well as electric buses that are supposed to replace the current CNG bus fleet in about two years’ time.
thainews.prd.go.th

Daimler goes Italian: The German carmaker gets on board of Italian motorcycle manufacturer MV Agusta, buying 25 percent of the shares. The companies aim to collaborate in terms of marketing and sales. And Daimler probably has an eye on the compact engines that could be used in its hybrid cars.
reuters.com

Driving the Honda FCX Clarity: Transport Evolved took the fuel cell car for a short spin to answer the question, “what does driving a hydrogen fuel cell car feel like?” The answer – a lot like any other electric car, “smooth, refined and relaxing.”
transportevolved.com (with Video)