AirBnC or Chargie is a new sharing platform for private charging stations that is to launch in the UK on May, 16. Users can already register though. Owners of a wallbox or station can offer them for EV drivers to pre-book online. The service is similar to the one Renault launched in Sweden, where ElBnB allows users to agree between themselves on charge rates. For the British Chargie, costs will be between 2 and 4 pound per charge for the homeowner but the founding couple hopes rates for users will be set sensibly. After all, Chargie means “close friend” in Jamaican patois.
autocar.co.uk, electriccarsreport.com, cnet.com, chargie.net (registration open)

Fortum to enter the UK: The Scandinavian provider has signed a cooperation agreement to provide Franklin Energy with the Charge & Drive cloud solution. Franklin is currently building up its LiFe charging network in Britain and hopes to set foot in every major city on the Isles by the end of this year.
fortum.com

V2G arrives in Italy: Enel Energia, Nissan Italia and the Italian Institute of Technology (IIT) have started their pilot project for corporate electric car sharing, which includes two V2G chargers for two Leafs at the IIT headquarters in Genoa. For now though, the columns work unidirectional.
automotiveworld.com

The UK government is due to publish its new air quality strategy that may include a diesel scrappage scheme tomorrow, the Telegraph has learnt. The new plan was forced, after the Government lost a case against environmental campaigners ClientEarth over breaches of EU emissions standards.
telegraph.co.uk

EV programme stocked up: Another 50 electric cars will be funded with up to 3,000 CHF through the LIFE Climate Foundation Liechtenstein and the Liechtenstein Power Company. Both had set up a similar scheme last year, which has been well received and is thus being repeated.
cafe-europe.info 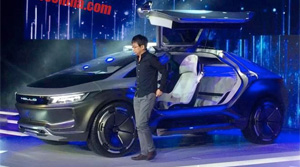