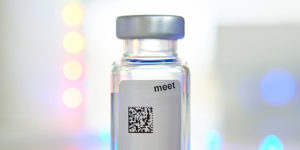 In Germany, a team from the MEET Battery Research Center at Westfälische Wilhelms-Universität (WWU) Münster is working on the further development of zinc-air batteries. A team of researchers have created an electrolyte that should make the battery more stable. The team has now published the details of their findings in the journal Science.

E-Bike standard underway: The EnergyBus organisation has issued version 2.0 of the CiA 454 CANopen/EnergyBus protocol which strives to implement a standard for the communication between LEV components. The EnergyBus protocol serves as starting point for the work of the IEC and ISO, which could publish a pre-standard already this summer.
bike-eu.com

Low carb research in London: Imperial College London and Universiti Teknologi Malaysia (UTM) have opened the new ‘UTM Centre of Low Carbon Transport.’ There, researchers from the UK and Malaysia will work on developing more fuel efficient engines and lighter cars as well as looking into electric and hybrid drivetrain technologies.
thegreencarwebsite.co.uk

Battery 2nd-use scenarios: The MEET battery research institute of the University of Münster, Germany, has started the ‘EOL-IS’ (End-Of-Life Solutions for eCar batteries) project, which will receive more than 2 million euros (2.7m dollars) in funding until the end of 2016. Together with car makers, recycling providers and energy consultants, the researchers aim to develop software which will be able to determine the best re-utilisation for a battery.
uni-muenster.de (In German), emobilitaetonline.de (In German)