Silicon Mobility expands: The French semiconductor maker crosses the border as it opens a new office in Munich. The new branch shall work closely with German manufacturers and OEMs.
silicon-mobility.com (PDF)

Gold and black: A team at Osaka University has developed a new material based on gold and black phosphorus. It harvests a broader spectrum of sunlight for water-splitting to produce hydrogen. The team in Japan said the material is 60 times more active than pure lanthanum titanium oxide (LTO) that usually forms the core of such solar-to-hydrogen catalysts.
greencarcongress.com

Siemens hybrid ferry in Finnish waters: It is a first for Finland this hybrid ferry called Elektra that serves between Nauvo and Korppoo regularly. Elektra comes equipped with Siemens technology and the vessel is able to carry up to 90 cars every 15 minutes and charges on shore.
blogs.siemens.com

Luxury rather than transport forms the essence of Pininfarina’s and Italian shipbuilder Rossinavi’s cooperation to design a hybrid yacht called Aurea. The 70-m boat will feature a diesel-electric propulsion system but as a “design-proposition” is will only be build if a buyer is found beforehand.
newatlas.com 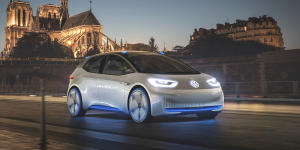 VW affirms EV strategy: At the annual press conference, VW stated its target to become a market leader in solid-state batteries as well as EV development. A ‘Center of Excellence’ is planned this year and will be followed by a pilot production by 2020 in order to reach what CEO Matthias Muller called “technological leadership in Europe by 2025.” Volkswagen also claimed to be in talks with partners to supply battery cells and hopes to close deals within 2017.
autoexpress.co.uk, volkswagen-media-services.com

BMW turns battery supplier: Vattenfall is to acquire up to 1,000 EV batteries from the German carmaker this year. The 33 kWh batteries are also used in the BMW i3 but the utility is not looking to reuse EV batteries but to rather buy its own. They will serve as storage units for excess energy of Vattenfall’s wind farms, namely in Amsterdam, South Wales, and Hamburg.
vattenfall.com

Ferry retrofit: The Gee’s Bend Ferry in west Alabama will be transformed from diesel-powered into all-electric. The conversion is a joint federal-state project with a 1m dollar grant through the EPA and is believed to make the vessel the only all-electric passenger ferry in the United States.
al.com 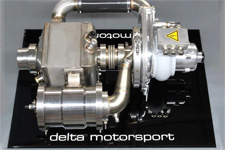 Micro range extender for race cars: Delta Motorsport presented a range extender with micro-turbine technology at the LCV2016. It is the result of a recent research project and the prototype delivers 17 kW. Sport car manufactures Ariel and Morgan have already voiced their interests and have signed up to develop a 35 kW version.
eurekamagazine.co.uk, autocar.co.uk

Microcontroller for EVs: Silicon Mobility presented its new microcontroller OLEA T222 for hybrid and electric powertrain controls. It is said to enable carmakers to reduce the size of the electric motor without losing output or performance.
prnewswire.co.uk

Extending range with additives? A newly developed porous carbon powder by Heraeus is said to increase capabilities and power capacity of Li-ion batteries by about 20 percent, as first tests have shown. That would make it especially interesting for the electric/hybrid automotive market.
heraeus.com

Funding innovation: The Advanced Research Projects Agency-Energy (ARPA-E) of the U.S. Department of Energy has given a total of 37m dollars to 16 research projects that a looking into improving solid-state batteries as well as fuel cell technology. The programme is called Integration and Optimization of Novel Ion-Conducting Solids (IONICS).
greencarcongress.com