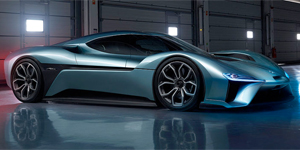 New player from China? Zhuhai Yinlong Energy wants to produce 50,000 electric vehicles by 2017. In 2022, production is supposed to reach 500,000 units. Back in 2011, Zhuhai Yinlong bought U.S. battery manufacturer Altair Nanotechnologies and is now researching a nano-structured lithium-titanate battery. The company has also produced electric buses for the Chinese market.
ecns.cn

New Smart ED to arrive 2015: As the German “Automobilwoche” reports, Daimler plans to reveal the electric version of the new Smart at the International Automobile Exhibition IAA 2015 in Frankfurt, Germany. The new Smart ED will hit dealerships in 2016.
automobilwoche.de (in German)

Reaching CO2 targets early: According to European Environmental Agency EEA, carmakers are already hitting the 2015 target of 130 grams of carbon dioxide per kilometre. The average passenger car sold in 2013 emitted 126.7 g CO2/km. The number of registered EVs grew from 700 in 2010 to 25,000 in 2013.
eea.europa.eu

The 3rd NextGen Auto International Summit China will be held in Shanghai on 9 December 2014. The 2014 talks will focus on the topics of “Electromobile support policy analysis from China government officials”, “The development direction of OEMs” and “How do new energy trends predicted by vehicle manufacturers”. Recently, the speakers from BMW, Tesla，Volkswagen，Volvo，SAIC Group and BYD are confirmed. For more details, please contact: Lasia Xu +86 21 61608565. Register before 13 November to enjoy the Early Bird Discount! Come and join us now!
www.nextgenautosummit-china.com

Popular Threewheeler: British Morgan Motor Company had planned to produce only 400 of its three-wheeled cars, a tribute to a model introduced 105 years ago. But it is proving a hit, selling already 1,400 units. The company now even considers an all-electric version.
telegraph.co.uk, autoblog.com

Not so air tight anti-smog plans: Four California agencies are suing over EPA’s plans to reduce pollution in L.A. According to them, it leaves too many loopholes “that allow polluters to continue their old habits,” especially when tools such as electric vehicles are “at our finger tips.”
green.autoblog.com, sgvtribune.com, scpr.org

Tesla Down Under: As Ford, GM and Toyota plan to shut down production facilities in Australia, Tesla has begun looking for engineers there. Though applicants have to be prepared to pack their bags, since all offered positions will be in California.
greencarreports.com