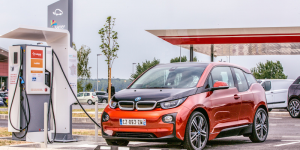 EDF wants to convert its entire fleet to electric vehicles comes 2030. It is the first French company to make that pledge through the EV100 initiative.

Berlin’s electric cab funding: The German capital’s mayor Michael Müller has announced a funding programme for electric taxis. Thus, taxi companies that replace diesel-powered cars through new hybrid-powered, electric or fuel cell-based taxis get – on top of the existing federal subsidy – money from the state of Berlin. Being asked about concrete figures, Müller says that the federal funding of 3,000 to 4,000 euros could be doubled.
rbb24.de, welt.de, berlin.de (all in German)

Rapidly growing Corri-Door net: Sodetrel’s fast-charging network brand Corri-Door has tripled its number of chargers along French highways to 3,000 within one year. In the next months, the company plans to add new locations and to enlarge highly frequented stations. Sodetrel is the electric mobility business of French utility EDF.
reuters.com

10 electric buses for Delaware: In order to buy 10 electric buses, the Delaware Transit Corporation receives a 1m dollars grant from the U.S. Federal Transit Administration (FTA). The money shall help the corporation as well to purchase associated charging infrastructure.
delawarebusinessnow.com