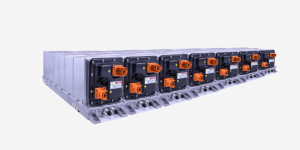 The Israeli company SolarEdge Technologies has taken over large parts of the South Korean battery and energy storage specialist Kokam. The transaction sum is said to stand at 88 million dollars.

Start-up culture reimported: MotionWerk, a start-up from the German town of Essen, has found a potent application for their Share&Charge platform in eMotorWerks. Based in San Francisco, the latter offers smart-grid-ready charging equipment and owners of such stations will be able to make them available to all EV drivers via Share&Charge, thus forming the first peer-to-peer charging network in the States. The pilot’s start is scheduled for August, 1 and marks a good start for both MotionWerk as well as its accelerator innogy, that recently set-up shop in Los Angeles.
greencarcongress.com

Home charger with inverter: Israeli SolarEdge intends to launch a home EV charger with an integrated solar inverter able to charge EVs with up to 9.6 kW. SolarEdge had teamed up with Tesla for the first generation Powerwall but now claims the “world’s first inverter-integrated” EV charger for itself.
electrek.co

Meanwhile Tesla not only plans large Supercharger stations with up to 20 charge bays like those in Albany and Burbank (we reported) but already wants to surpass those. The “world’s biggest Supercharger station” with 40 charge points is under construction in Kettleman City, California.
electrek.co

California got a gap: There is a waiting list for the Golden State’s 2,500 dollar plug-in rebate at the moment as the allocated funds for this year are close to exhaustion and are being held for applicants with low income. The 2018 budget is likely to be released in September but a recent Californian bill may free an additional 3bn dollars for electric transport subsidies even sooner.
plugincars.com, greencarreports.com