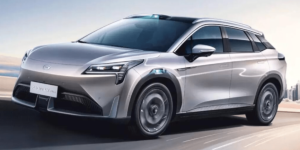 Chinese GAC brand Trumpchi has announced details regarding its electrification strategy: Within the next five years, it plans to bring seven so-called New Energy Vehicles (NEVs) to the market, among them not just EVs and PHEVs but also vehicles with range extender. 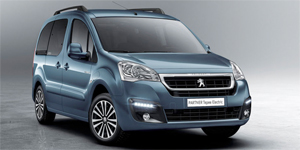 Teepee for all: Peugeot takes his electric utility vehicle to mass market, starting in Geneva. The Partner Tepee Electric has turned five-seater and drives 170 km on a charge. On-sale date is September.
publicnow.com

Enough: Beijing has had it with shrouds of smog around its skyscrapers. The government banned the most polluting vehicles from the capital this week. Fines await those that drive a car that fails to meet China’s Emission Standard III on weekdays. Beijing also ponders to restrict industrial activity in the region although cars are estimated to be responsible for 80% of the carbon monoxide in China’s air.
reuters.com

The BMW i8 Spyder is real and not just wishful thinking. Spy shots emerged and show the hybrid racer in camouflage but with larger window fronts and revamped buttresses. It may even be a convertible.
carscoops.com

Good news: Toyota lowered the price of the Prius PHEV in UK. Cost stand at 31,695 pounds before the plug-in car grant. That is 3,200 GBP less than announced initially. Deliveries will begin in March.
autocar.co.uk

Tesla expands: The EV maker received approval to sell its electric cars in Korea starting this May. Meanwhile, Tesla partnered with Australia’s largest department store chain to set-up pop-up stores at its outlets. The model resembles the Californian’s cooperation with Nordstrom in the USA.
joins.com (Korea), electrek.co, smh.com.au (Australia)

EV headed for China and USA: GAC brand Trumpchi will present its latest electric crossover, the GE3 at the Shanghai Auto Show this April. First images appeared along with a few details like a 300 km range. The EV is to launch first in China but may later make it to U.S. shores.
carnewschina.com