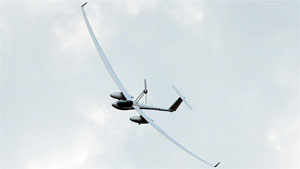 Halogen-free Li-ion batteries: Researchers at the Virginia Commonwealth University have identified a series of halogen-free electrolytes but with comparable performance characteristics. Halogen is toxic and with this research, scientists hope for the development of safer Li-ion batteries.
greencarcongress.com

Ultracapacitor development: Maxwell and Corning will work together to increase the capacity of energy storage systems by addressing issues with ultracapacitors, such as cost, energy density, lifetime, etc. Unlike batteries, ultracapacitors store energy in an electric field.
greencarcongress.com

Funds for low-carbon technology: The Technology Developer Accelerator Programme (TDAP) by the UK Advanced Propulsion Centre will fund successful applicants developing innovative low-carbon technologies that can be used by the automotive sector. Existing technologies from other sectors may also apply. The deadline is October 31st.
smmt.co.uk, apcuk.co.uk (application)