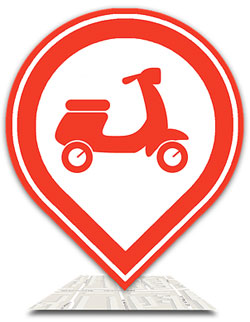 It is finally possible to discover the German capital on two wheels and totally electric. While Segways and pedelecs are already a common sight in Berlin, this is the first time it can be done riding an electric scooter. These will not be provided by an already established player in the transport industry, but by the Electric Mobility Concepts UG, a start-up founded by three university students. The test phase for their eMio scooters kicked off in Berlin on March 31st. Our editor Carla Westerheide visited the team on the EUREF Campus.

The emco-made scooters have a maximum speed of 45 kph (28mph), meaning they can be driven with any regular driver’s license. The scooters have two exchangeable batteries, each with a capacity of 1.8 kWh (37.5 Ah at 48 Volt), allowing them to go an impressive 120 kilometres on one charge. Recharging the batteries from zero to full takes around three to four hours. “By having exchangeable batteries, we have eliminated one major problem of electric mobility,” eMio co-founder Valerian Seither explains. “You no longer need to worry about the time it takes to charge.” 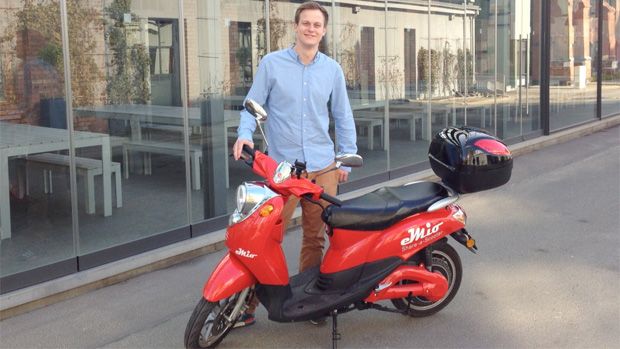 Moreover, eMio wants its users to experience “only the positive aspects of electric mobility” and will not ask drivers to charge the scooters themselves. Instead, an eMio team will exchange nearly depleted batteries, taking them back to their garage on the EUREF Campus in Berlin to charge. During the testing phase, which will only feature five to ten scooters in an operation area of around 88 square kilometres, that should be manageable. Whether that will still be the case after the sharing scheme introduces the planned 200 scooters by May or June remains to be seen. Another potential problem could be that even if needed, users will not be able to charge the batteries themselves. While they technically plug into a regular Schuko outlet, there is no on-board charger.

eMio is the first free-floating scooter sharing in Berlin and the first fully electric one in Germany. A similar scheme already exists in Munich, for example, which offers electric scooters as well as petrol-powered Vespas. To ensure that users in Berlin can decide to use the electric scooters spontaneously, they all come with two helmets in two different sizes, as well as disposable helmet liners. 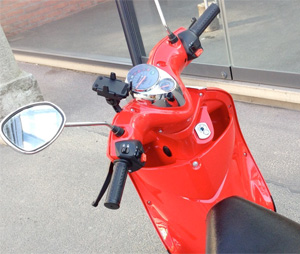 The start-up was founded by Hauke Feldvoss, Alexander Meiritz and Valerian Seither, three young guys who met at university. One day, they were lying out on the old Tempelhof Airfield, which is now a recreational park in the south of Berlin, thinking that it was really too nice out to take the bus home. A scooter would be nice, but the three quickly agreed that owning a scooter would be too expensive and too much hassle, especially considering the short season during which a scooter is any fun to drive. So they decided to set up a sharing scheme for scooters.

At 19 cents per minute, the scooter sharing is quite affordable compared to car sharing offers in Berlin. In order to discourage users from going too fast or zigzagging through traffic to save a minute or two, eMio might also offer a price per kilometre and will only charge the cheaper of the two on a case to case basis. Despite the low price, the company hopes its endeavour will finance itself as of the second year. While the team received a grant to cover rent for its small office and dome other expenses, it financed the test phase of its “Share-a-Scooter” project out if its own pockets. 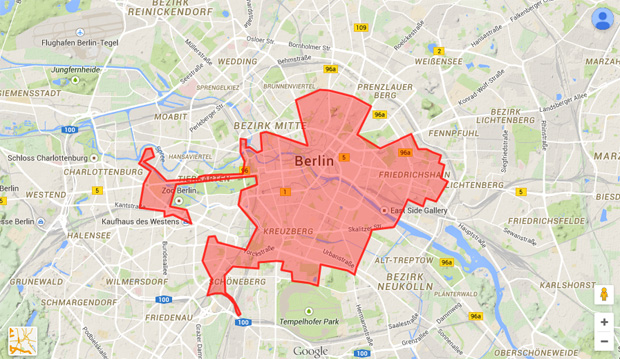