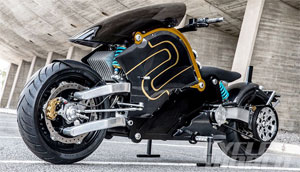 Volt drives to the moon and back.