Battery costs go down: For the first time GM has mentioned concrete cost figures for their batteries at a recent conference. According to the car company, the costs for the LG batteries of the all-electric Bolt, which will go into production next year, will contribute only 145 dollars/kWh. GM believes that the barrier of 100 dollars/kWh will be breached by 2022.
insideevs.com, electric-vehiclenews.com

Apple expansion for EVs? While Apple is already building the mighty Campus2 project in Cupertino, the Silicon Valley Business Journal reports that the IT giant has signed a lease for a huge new site in Sunnyvale. The development of Apple’s electric vehicle could possibly be located at this new site, but no official confirmation was made.
bizjournals.com 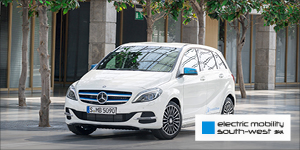 Efficient Engines: The new project of the leading edge cluster Electric Mobility South-West “Effect 360°” is studying the efficient product and production solutions for electrified vehicle. The focus being on the urban-efficient vehicle segment. emobil-sw.de

TÜV to test EV batteries in Japan: Together with ESPEC Corporation, TÜV Süd has inaugurated a testing center for the safety of EV batteries north of Tokyo. It is the first testing facility of its kind, and will offer battery manufacturers comprehensive testing facilities for safety and conformity with the more stringent UN-ECE regulation 100.
japanmarkt.de (in German)

Automatic Clutch: With their e-clutch Schaeffler wants to pave the way for the manual transmission into hybridisation. The automated clutch will make fuel-saving driving strategies, such as coasting or electric assisted driving possible for cars with manual transmissions.
automotiveworld.com