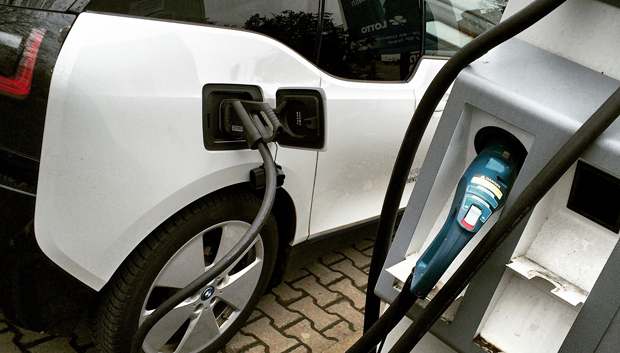 The competition about the future DC charging standard may not be decided by politics nor the EV community after all, but by carmakers. The introduction of more and more models with CCS (Combined Charging System) for the European market could mean that, in the medium term, CHAdeMO gets ousted.

There are things in the world of electric mobility, no outsider can understand. For example, why three non-compatible DC charging standards are competing against each other within the European Union. But here at electrive.com. we are among insiders and don’t have to explain that there is just no getting along. We know about the bickering and wrangling. Especially between CHAdeMO and CCS. Who will trump the other? But it’s not politicians that contributes to the discussion i.e. with their planned charging corridors. It’s the manufacturers who continue introducing more and more models with CCS. That is an indisputable fact.

Let’s first take a look at the situation at hand: In Germany, there are merely three vehicles with CCS – the BMW i3, and the VW e-Golf and e-up (we won’t count the Porsche 918, as it is quite an exotic vehicle). In every case, you have to pay extra for the DC option. On the other hand, we have the Nissan Leaf, Mitsubishi Electric Vehicle (iMiev) and Outlander PHEV, as well as the Kia Soul EV. That’s four vehicles for camp CHAdeMO. And let’s not forget the iMiev’s siblings from Citroën and Peugeot, as well as some utility vehicles.

Meanwhile, CharIN (Charging Interface Initiative) is trying to simplify things. The goal is to establish CCS as a DC standard and – this is not any less important – implement a low-threshold and simple payment system. Members include Audi, BMW, Ford, Opel, Mercedes, Porsche, Volkswagen and since recently Volvo. They all have chosen CCS. And on the website it says in bold lettering that the initiative “is open to all interested parties.”

Allegedly, even Tesla is in talks with CharIN about the use of CCS. The U.S. company is probably already crunching numbers: is it worth keeping infrastructure exclusive and, like Apple did with consumer electronics, keep others on the side lines? Or is it better to punch out more cars, work with others on infrastructure and share the costs?

THE MARKET IS SHIFTING IN FAVOUR OF CCS

Let’s beam ourselves one year into the future, to summer 2017. The first units of Hyundai’s Ioniq electric will hit the road – boasting CCS, not CHAdeMO. And rumours that the next generation Kia Soul EV will also be offered with CCS are not dying down.

Another exciting event will be the coming of the European version of the Chevrolet Bolt, the Opel Ampera-e, mid-2017. It will also use CCS, just like General Motors has always said it would. The Ampera-e will be revealed no later than the IAA in September and boast no less than 60 kWh!

At the end of 2016, Daimler will finally present the long awaited successor of the Smart Fortwo electric drive. With CCS, they say in off-the-record-conversations. The same is true for the Forfour electric drive and if there will be a new Mercedes, it, too, will have CCS. 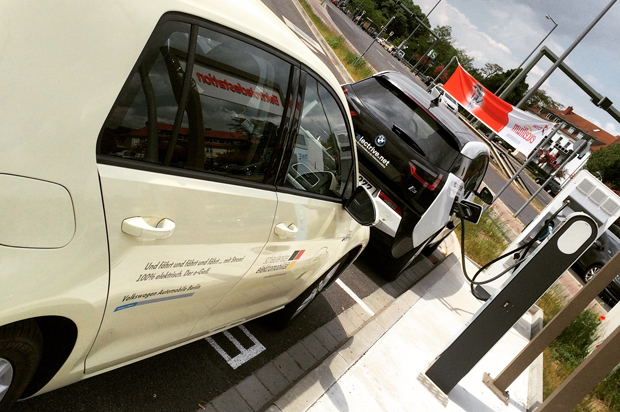 It remains to be seen how PSA will deal with the situation. French companies Citroën and Peugeot just recently took the wraps off its DS E-Tense study that could hit the market in 2019, directly competing with Tesla’s Model 3. CHAdeMO? Probably not…

The offering is clearly shifting in the direction of CCS.

It is just part of reality that the absolute number of DC-capable vehicles is still slim. Is it 15,000 or 25,000? Either way, compared to the total number of 45 million cars on the road in Germany, it’s close to nothing. The race has therefore not been won yet. On the contrary: the starting shot for the marathon just fell.

The Japanese will continue to push CHAdeMO for the European market. Mitsubishi will launch its eX in 2018, for example. It will come with a 45 kWh battery pack, two electric motors with 70 kW each – and CHAdeMO. That is certain. Charging capacity will also soon surpass 50 kW, and the possibility of bi-directional charging remains. That is one aspect where CCS has a lot of catching up to do.

Nissan, too, remains faithful. “Not all bets have made,” says Robert Echtermeyer, head of Nissan’s Berlin office. He points out that all relevant infrastructure projects – like SLAM and Fast-E by Allego and Tank&Rast – are setting up multi-chargers that include CHAdeMO. So there is no disadvantage for drivers of EVs with the Japanese standard. 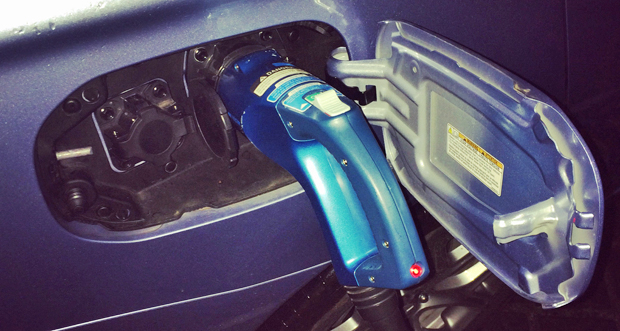 What role Toyota will play remains unknown. It would be naïve to think that the world’s largest automotive manufacturer wouldn’t be capable of building a battery-electric car whenever it feels like it. Toyota has been researching electrochemical energy storage systems for more than 70 years. And when asked about BOSCH’s new cells with solid electrolytes, they say: “We have been doing that for five years already.” So Toyota could clearly tip the balance the other way.

BECOMING ONE – AND SERVING THE DRIVER

All manufacturers of charging infrastructure can do is shrug their shoulders. They are set up internationally, and therefore have to also consider the Chinese standard. Either way, they say they will build what operators will order.

In the end, choosing CCS or CHAdeMO is not about winning or losing – nor about a secret triumph or personal insult. It is all about the client, the EV driver, who needs a flawlessly functioning and easy charging system. One that explains itself. That is the only way that battery electric driving can reach mass-market potential.