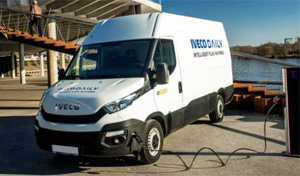 Next generation BMW i3.