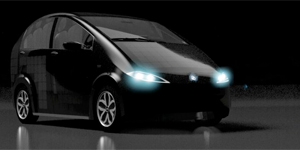 Hybrid system for trucks: Australian Adgero was able to apply hybrid system features like recuperation and boosting to heavily loaded trucks. The UltraBoost system is said to help trucks save up to 25 percent of diesel when touring the country.
automotiveworld.com

Hybrid military motorcycle: Logos Technologies presented a prototype of the SilentHawk hybrid motorcycle for military operations at the 2016 Special Operations Forces Industry Conference in Florida. It can go up to 80 mph and is based on Alta Motor’s Redshift in full camouflage (we reported).
nationaldefensemagazine.org

Cheaper water-splitting: Researchers at the KTH Royal Institute of Technology in Stockholm (Sweden) have developed a more cost efficient electrocatalysts for spilling H2O molecules for hydrogen production. The performance of the monolayer of nickel–vanadium-layered double hydroxide is similar to that of electrocatalysts composed of non-precious material.
greencarcongress.com