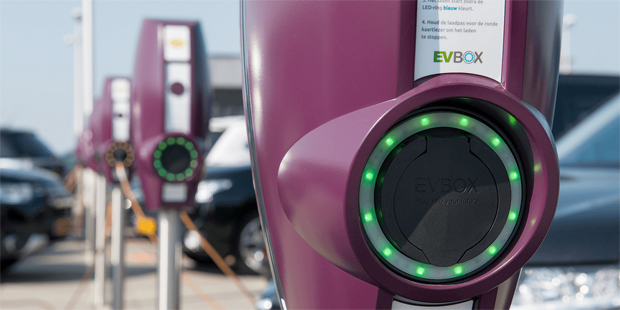 French utility ENGIE acquired the Dutch charging infrastructure specialist EV-Box for a yet to be disclosed price. The deal has been finalised last night, electrive.com learnt. The acquisition is likely to lead to the creation of a new heavyweight for electric mobility in Europe.

EV-Box has installed over 40,000 charging stations in 24 countries to date. Founded in the Netherlands in 2010, the company has grown particularly strong in recent years. At the same time, EV-Box benefited greatly from the country’s electric mobility promotion, which led to a market for EV charging infrastructure early on. Currently, EV-Box employs more than 65 people. Its headquarters are in Amsterdam with more offices located in Antwerp, Paris, New York, and London.

EV-Box’ business model revolves around sales of its own EV charging equipment, operating software and additional services for infrastructure. Customers include businesses as well as public institutions and municipalities but also private households. Its product range comprises of three areas: the HomeLine (wall-mounted stations), the BusinessLine (solutions for car parks, work place charging or retail), and the PublicLine (public EV charging on roadsides). The LED ring around the charging connector is common to all appliances.

We’re thrilled to be @ENGIEgroup‘s new family member! Thank you for taking us on board. Off to #acceleratedgrowth!🌱 https://t.co/BS1V3uvM9h pic.twitter.com/C8Nqk46qom

In the Netherlands, EV-Box has been the market leader for EV charging stations for a long time and has lately felt its way forward into many new markets, including the leading European markets in Scandinavia as well as Belgium, France, Germany, England, and the States. It is this growth strategy that made EV-Box appeal to ENGIE, itself one of the largest players for energy in France, which was created through a merger between Suez and Gaz de France in 2008. ENGIE’s press release states:

“Thanks to this combination, ENGIE intends to be a major global player in this space facilitating the development of clean mobility for its customers, while providing the essential energy solutions to manage the energy needs of electric vehicle charging for customer sites and the electricity network.”

For the time being, EV-Box shall carry on independently. Yet, it is imaginable for the ENGIE-EV-Box alliance to become a major force in the operation of charging infrastructure in Europe. Most large utilities want to expand their charging networks massively in the coming years and with Chargepoint, the U.S. market leader about to enter Europe, many in the industry have become rather nervous recently.