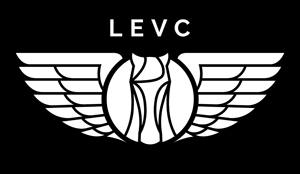 London’s iconic black cab has just booked its ticket into the future with LTC, newly branded LEVC, launching the electric version with range extender called TX eCity. Nora Manthey spoke to CEO Chris Gubbey about working with Chinese verve in a traditionally British operation and the company’s ambitions to bring their electric taxi to markets beyond Britain.

You have been with LEVC since May 2016 but you have been in China for quite some years before. What learnings have you brought back to the table now that you are back in the UK?

I first started in China back in 2000 working with General Motors. I went out there to head up Shanghai General Motors, which was their flagship joint venture in China, so I stayed for seven years and experienced the explosion in the Chinese automotive industry after they acceded to WTO. Subsequently, I was in Russia then in Germany, and in 2012 I went back to China and worked with a State-owned enterprise. In December, I joined Geely.

How does this experience benefit your current position as CEO of LEVC?

I think the speed is one of the things that comes across from the Chinese; there is a hunger to achieve and there’s nothing that will stand in their way. That doesn’t mean they don’t do things properly, but they really want things done fast. So they throw out challenges that we would say are impossible, and then they achieve that. That makes you think: Well, wait a minute! So, it’s a wake-up call. We have to combine our capability and our heritage in engineering in Europe with that strong ‘can-do’ attitude. 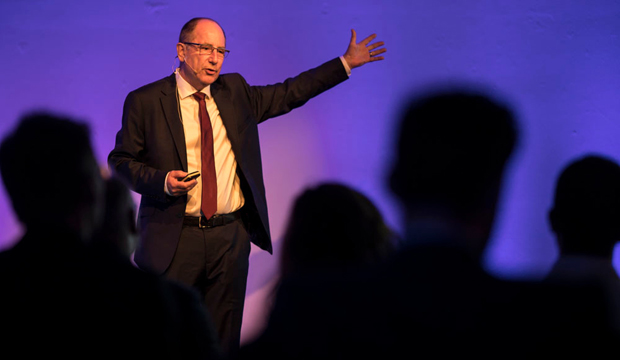 What was the main challenge here at LEVC coming from Geely?

We had to grow. But taking a step back is to ask: What excited me to come back? All the challenges. We do things the big boys wouldn’t do: they either introduce a new product into a mature factory, or they have introduced a mature product into a start-up factory.
We don’t have that luxury. We need that new product, but we can’t build it in the old factory so we have to build a new factory and a new product. And it’s going to be new technology, it’s an aluminium-bodied vehicle, it’s going to be electric, and we will go to a new market, and we can’t just have an eye on the UK and everything… So the challenges were plenty.

When Geely brought the company out of a machine shed, there were about 100 people and there are about 700 people today. We’ve had to expand our capability very rapidly, but the beauty of it is, it is one of those challenges, which has made it so exciting for me and a lot of people across all functions as well. We’ve been able to attract some super talent into our organisation.

You just mentioned the big boys. You’ve been with Toyota, GM also Opel. All of them pursue electrification strategies by now. Would you be able to comment on how you think they are tackling these challenges?

Recently, they’ve realised they’ve got to accelerate a lot faster than what they have been doing. The pent-up demand that build from the public requirements, i.e. the purchasing, the city legislators, has driven them to say: Yes, you’ve had good plans for introducing electric but now you have to go even faster.
I think it’s a little bit different for us because we are a commercial operation, we’re about moving people and goods from A-B and we have a purpose-designed and built taxi. It is the shape it is, to be able to deliver that. So, it’s a little different from that approach but recognising that the congestion zone shall cut the private passenger cars down in our cities, you’re still going to need to get people from A-B and we’re the ideal solution. So, for us, it’s been a combination of designing the ultimate taxi coupled with the EV angle.

Let’s talk about the production. The facility in Coventry is rather large. What is your annual production target?

Eventually, the plant will be able to produce 24,000 units a year in its current guise, moving on full shifts. To be honest, we will potentially move faster in terms of volumes with what’s happening globally in terms of our zero emission focus, in terms of our early success with Amsterdam, where we just sold 225 TX. I think we are going to follow that with other cities.

Which cities will that be?

We are working specifically with a number in Europe, a couple in Asia with potential partners. Those are still in discussion at the moment, so we’re not putting them up.

We’re discussing with potential partners in Germany, but again, I’m not putting specific cities out there yet. We didn’t put out about Amsterdam until we had got things settled, with partners and contracts. But, yes, we are focused on it.

And you must, right? Because you said your production is about 24,000, up from 2,000. That is quite a difference, so who will buy all these electric taxis? How do you pitch this London icon to other cities, say Oslo?

The emotional connectivity with our product is there because of this iconic nature. What we’ve not been very good at doing in the past with our brand is demonstrating that functional differentiation: Why is it like that? What does it offer? And most cities are starting to realise that now. They got the message that it is not shaped like that because London has liked that shape, it is because it is the most practical shape in terms of access. 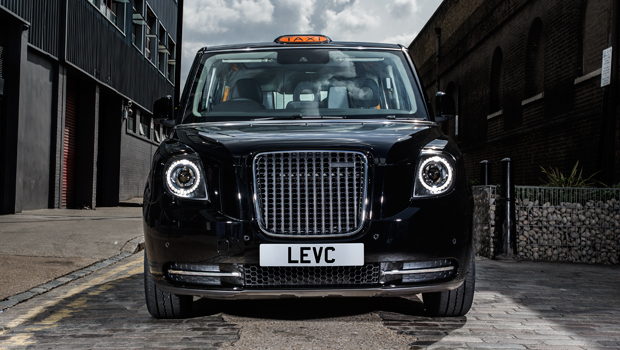 I always use the example of when I first came over to the UK, my research was quite pleasant – I sat outside a pub in London on a busy street, just watching people get in and out of private-hire cars and licensed taxi-cabs. You’re not even halfway through your drink before you realise: That’s why it’s like that! Just watch somebody trying to get out the back of a normal car with all their shopping, with kids, pushchairs and, if you go to the ultimate extreme, wheelchair.
We’ve worked a lot with people in the various organisations within the UK on wheelchair accessibility and one of the big things that came across is that people hated facing backwards in a wheelchair and they wanted the option of facing forwards. So we were looking at all of those aspects, who needs to use the product, and what is important to them and really satisfying them.

If you would place it against competitors like the Nissan ENV200, because they’ve introduced a cab that’s also wheelchair accessible, what makes the TX different?

I think Nissan has got their challenges of being pure electric, quite frankly. And it doesn’t really offer all the levels of accessibility that we can. There’s all the heritage in making these cabs. We listen to the designers today and all of the engineering aspects over time as well. So, I feel, we have a superior product and a purpose-built vehicle, not a van converted into a taxi, which I think is critical. It’s very clearly identifiable in a way that conversion just isn’t.

You just mentioned a range. What about infrastructure; are you going to offer charging equipment together with the electric cabs?

In terms of home charging equipment, yes, but we’re also working very closely with Transport for London. They have a target to put in fast chargers that will be purely for EV taxis. They target 80 by the end of this year for launch. And, obviously, these chargers will be put in place, where taxis would find them accessible. Eventually, there will be 150 with 300 dedicated taxi chargers by 2020.
And we’re also working very closely with the private industry. Recently, we’ve been in discussions with Bolloré and they’re going to upgrade fifty of their current sites to be fast-charging. It’s going to be a combination with what TFL is doing. Plus demand is going to drive the natural availability and it’s going to be a good business proposition for the suppliers to upgrade their facilities as electric cars become more of the norm.

When you say ‘working together’, does this mean you are offering packages? Or are you going to invest?

We’ve obviously indicated with them about the likely uptake with the electric vehicle in London, and that has given them the confidence to upgrade a certain amount of their charge-points from slow to fast-charge. If the utilisation of those is as we expect, then they will continue to do more and will make them specifically accessible for our customers. So, it’s a win-win.

The taxi market is obviously in motion with disruptions like Uber coming along and also Mercedes and Bosch announcing robo-taxis in Germany. How do you confront these new challenges?

New challenges in business will always be there, and private hire has always been there for a long time. Uber is another way of accessing a private-hire vehicle as opposed to telephoning. I think there is always going to be a space for a premium taxi service and it is a combination of both the product and the drivers that make up that. So, yes, there will be pressures like on any industry, but the package that we offer, providing we do focus on the passengers, and we get that functional as well as the emotional differentiation across, then there is a very strong position for us.

Thank you very much for talking to us.