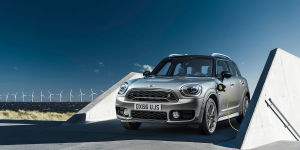 Mini to remain in UK: BMW has chosen its Oxford plant to produce the new electric Mini from 2019, after the board dismissed other options in the Netherlands and Germany as expected. The electric drivetrain will be made in Bavaria though before being integrated into the car at Oxford. Concerns over Brexit, had BMW built up an alternative manufacturing base in the Netherlands and BMW says it had not received any reassurances from the British government.
reuters.com, greencarcongress.com, bmwgroup.com

Britain to ban sale of all diesel and petrol cars and vans: From 2040 onwards only electric cars will be allowed, several English media reported. The British government wants to announce the project today. With this commitment, which will also take in hybrid vehicles, the UK follows a similar pledge in France.
amp.theguardian.com

All-solid-state at Toyota by 2022? An electric Toyota that drives on solid-state batteries may be just five years away in Japan, a local newspaper reports. While Toyota neither denies nor confirms plans for such an EV, the carmaker will reportedly begin to build electric cars in China by 2019.
reuters.com

Twizy to move to Korea: Renault wants to produce its electric quad in Korea, where the Twizy has hit the ground running as reservations exceeded 1,200 units in less than two months. To save import cost, the French started to check out local manufacturers but a final decision is yet to be made.
theinvestor.co.kr, etnews.com

Hyundai prices FCV: As the Korean carmaker readies its fuel cell model for serial production, Hyundai has set the starting price at 70m Won (about 54,000 euros). Add Korea’s generous EV incentives and the price falls to 30,000 euros. This positions the new FCV at a more affordable level than Hyundai’s first hydrogen model ix35, which had cost about 20 percent more. Launch is set for early 2018.
etnews.com

Mercedes to join FE: The electric racing series is becoming more illustrious by the day with Daimler joining from season six (2019/20) after it its entry option got extended by a year. Mercedes is the third German carmaker to enter the Formula E after Audi and BMW.
electricautosport.com

Rumour recoded: Ford is back in the gamble to buy Lucid Motors allegedly, although such talks were just recently denied. Now Recode reports however, that not only Ford is still exploring the option to snatch up the EV start-up and that two more secret buyers are looking into it as well.
recode.net