Nissan Leaf without camouflage: Photos taken in Spain show Nissan’s next-gen EV in total ahead of the car’s launch in September. Obviously, the vehicle was spotted during the filming of a promotional video. What we see, justifies the hope that the Japanese indeed spiced up the design of the current Leaf generation. Also in terms of range the new-gen vehicle is expected to significantly surpass its predecessor.
electrek.co, insideevs.com 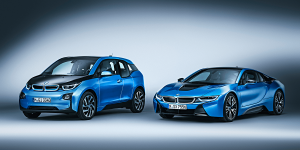 BMW restructures i3 and i8 sales: The German carmaker says it will discontinue the agency model for its i-series and to integrate worldwide sales of its i3 and i8 into its regular sales programme by October, 1st. This step enables all sales partners of BMW to sell these models. Due to the extension of its electrified line-up, this step is “logical and useful”, a BMW spokesman said.
automobilwoche.de, kfz-betrieb.vogel.de (both in German)

PSA completes Opel take-over: After signing the final contract, GM’s Opel brand belongs now officially to the PSA Group, making the latter Europe’s second-largest carmaker by vehicle sales. Within the upcoming 100 days, Opel’s management shall create a future strategy, including an electrification roadmap. Known is so far, that former CEO Karl-Thomas Neumann, who allegedly planned to transform Opel into an EV brand by 2030, is no longer part of the leadership team. However, according to the official press release, “PSA and Opel will continue to work with GM on electric propulsion development”.
europe.autonews.com

Bosch to erect brake booster plant in China: The German supplier invests almost 100m euros in order to build a production facility for its brake boosters that are particularly suitable for HEVs and EVs in the south-eastern Chinese city of Nanjing. Bosch’s iBooster are said to recover braking energy nearly completely and thus, to increase electric vehicles’ range. Production kick-off is scheduled for 2019.
bosch-presse.de

Easing of environmental requirements? Referring to the U.S. Transportation Department, Reuters reports that the U.S. government could revise auto fuel efficiency requirements starting in 2021 and to adopt lower standards through 2025. It is no surprise that under U.S. president Donald Trump’s governance the US car industry is likely to see an ease of environmental requirements that were intensified by the previous government. After Trump charged EPA to review its latest emission standards, it looks now as if the anticipated relaxing of regulations is just a matter of time.
reuters.com

South Korea revises EV subsidies: The Asian country is about to differentiate its EV support system: By next year, subsidies won’t longer be given to all EVs collectively, but based on a graduated model, according to ETNews. Crucial criterias will be mileage or kW per kilometre in order to motivate OEMs to enhance their technologies. More details about the new system won’t be available before next month.
english.etnews.com

Electric rallycross alongside Formula E? A rallycross series with electric cars could run parallel to Formula E races, Autocar reports. According to Wolfgang Dürheimer, head of the Group’s motorsport strategy, this is an option that is currently discussed. Apart from VW it seems likely that Skoda would join the series. Also PSA is said to be interested.
autocar.co.uk

Test-driving the Model 3, DC fast chargers in the States