Tesla’s battery tech director quitted: Ahead of the upcoming Model 3 production ramp-up, Tesla loses one of its longest-serving executives: Kurt Kelty has left the EV maker at a crucial point. He worked more than 10 years for the Californians and previously 14 years for Tesla partner Panasonic. Among others, Kelty coordinated material supply for battery production in Tesla’s Gigafactory 1 in Nevada and led negotiations with Panasonic. The background of his exit is unclear. Initially, his responsibilities shall be distributed among Tesla’s existing team.
bloomberg.com, electrek.co 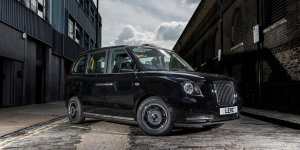 KTM enters electric bike market: Austrian vehicle manufacturer KTM Industries teams up with German entrepreneurial family Puello in order to create a new market player for the electric bike business. Together they just founded Schweinfurt-based Pexco GmbH, a bicycle company with focus on electric mobility. Two brands shall be established, but won’t be named before the “Eurobike 2017” at the end of this month.
pressetext.com

U.S. market launch of Honda’s Clarity Electric: After launching its Clarity Fuel Cell, Honda starts to offer now also the electric version of its sedan – however, initially just in the U.S. states California and Oregon. The vehicle features a 25.5-kWh lithium-ion battery pack, enabling a range of 89 miles (143 km), according to EPA standards. However, the only way to purchase the Clarity Electric is through leasing (269 dollars monthly over a 3-year period).
insideevs.com, electriccarsreport.com, carscoops.com

Ferrari’s hybrid strategy: The Italian carmaker intends to double its profit until 2022 – among others by introducing an “Utility Vehicle” and by increasing its output towards 10,000 vehicles per year. In order to meet intensified environmental regulations, Ferrari’s strategy includes also more hybrid drivetrains in its cars by 2019. Source of these news are insiders, the company itself did not yet release its 5-year plan.
bloomberg.com

Aston Martin recruits former Ferrari engine head: Joerg Ross has worked for Ferrari and Maserati – now the former engine head of both companies joins Aston Martin’s management board. According to the British luxury car maker, he will lead the development division, being responsible for engines, gearboxes and electrification.
autocar.co.uk