Tesla’s Q2 earnings and updates on Model 3 und Model Y: The Californians more than doubled their revenue to 2.8bn dollars in the second quarter 2017. At the same time, losses accumulated to 336m dollars and are thus lower than estimated. Besides, Tesla provides updated reservation figures: From originally 518,000 Model 3 orders 63,000 have been cancelled, thus 455,000 are left. However, as a follow-up of the vehicle’s launch event, an average of 1,800 orders are currently coming in daily. Furthermore, the Model Y production plans have changed: Instead of a next-gen platform, Tesla wants to create it rather on base of the Model 3 in order to simplify production and accelerate market launch.
teslarati.com, forbes.com, greencarcongress.com, files.shareholder.com 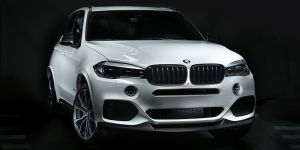 FCV version of BMW’s X7 at the IAA? The company’s new luxurious crossover X7 could impress the IAA’s audience not just in an additional PHEV version, but according to the BMW Blog also as fuel cell concept car. The seven-seater has been teased for years, before getting finally unveiled next month. As reported, BMW also intends to put an electric 3-series on display at the Frankfurt Auto Show.
bmwblog.com

Seat EV to be dubbed “Born”? Spanish VW subsidiary Seat has applied for a registered trademark, suggesting that the carmaker’s upcoming EV could be named SEAT Born, Born-E or E-Born. The vehicle is to be built on the common MEB platform and shall be launched after 2020.
autoexpress.co.uk

Software update for 5m diesel cars: As a consequence of the diesel emission scandal and exceeded pollution limits, top executives of the German car industry agreed with ministers and state leaders to cut NOx emissions by updating the software of 5 million diesel cars and to pay 500m euros into a mobility fund. This result prevents the auto industry from even more costly remedies. However, BMW for example is about to start an additional campaign by offering owners of older diesel cars a bonus of up to 2,000 euros when they trade in their vehicle for a new lower-emissions car. A similar incentive comes from Toyota: For those who exchange their diesel car against a Toyota hybrid, the company provides a bonus of 2,000 euros, plus a hybrid premium of once more 2,000 euros.
europe.autonews.com, greencarcongress.com, press.bmwgroup.com (BMW), toyota-media.de (Toyota, in German)

i-MiEV no longer available in the U.S.: Mitsubishi discontinues its sales activities concerning its i-MiEV in the States. A spokeswoman of Mitsubishi Motors North America confirmed, that „2017 was the last model year for the i-MiEV, and all available retail units have been sold“.
greencarreports.com

Low-speed electric truck Cenntro Metro is soon available outside of China. Silicon Valley-based company Tropos Technologies has licensed manufacturing and distribution of the utility vehicle. Components for the 50 mph truck will be shipped from China and assembled in California and New Jersey. Sales activities shall be initiated in the Americas as well as in Europe.
trucks.com