Sweden’s Gigafactory seeks progress: NorthVolt is looking for finance to move on with its plans for a cell factory in Sweden and a new round for investors is to start this autumn. This time, former Tesla manager Peter Carlsson seeks 100m euros for his new endeavour projected to cost a total of 4bn euros. While the facility is to be build in stages (we reported), the search for locations has become more focussed with Västerås close to Stockholm and Skellefteå in North Sweden being most likely.
bloomberg.com 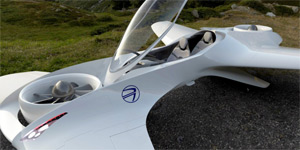 The future is in the air: The DeLorean is best known for its role in “Back to the future” so it is easy to forget, that the basis is an actual car with real people behind. Like the nephew of John DeLorean, Paul DeLorean, who plans to build a VTOL with DeLorean Aerospace. The DR-7 is to sit two and aims for a top speed of 380 kph and 200 km range – all electric, not nuclear. Prototype testing is due by 2018.
wired.com

Alkaline battery: Sun Microsystems co-founder Bill Joy and Ionic Materials unveiled a solid-state alkaline battery design that they hope could be cheaper and safer than lithium-ion batteries, esp. for the aviation industry. However, a factory and commercialisation are years away.
bloomberg.com

High pressure: Hexagon Composites says it will receive a development award worth more than 10m dollars to develop compressed hydrogen cylinders for new fuel cell electric vehicle models. The contract is targeted to run until 2020 and executed together with unnamed OEMs.
wallstreet-online.de