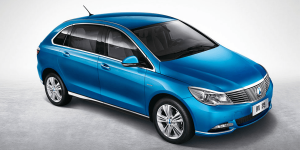 China will soon change its strategy for EV subsidies and wants to present a new plan. In the future, for which no date is yet specified, subsidies will apparently be allocated according to more detailed categories. These will take range, battery density and energy consumption into account.

The new rules would reward more range and bigger batteries, while electric cars with less than 150 km range may see no subsidy at all come 2018. Subsidies for EVs with a range below 300 km will be reduced. On the other hand, those new energy vehicles that can drive farther than 350 km will be eligible for 50,000 yuan (more than 7,500 dollars), 13.6 per cent more than this year. Also, those with a range between 300 km and 350 km will receive a 45,000 yuan subsidy, 1,000 yuan more than this year.

Analysts have interpreted the plan as a clear sign, that the government in Beijing is pushing for more range. At the same time, the more detailed approach should combat fraud. A subsidy cheating scandal in 2016 had led to a cut in subsidies that resulted in decreased sales even for those manufacturers claiming credits righteously such as BYD (we reported).

A starting date has not been specified but the draft is likely to become law early next year given that four ministries have already discussed these above changes favourably.
chinadaily.com.cn

EU wants all properties to include EV charging from 2025

EVs to park for half price in all of Norway