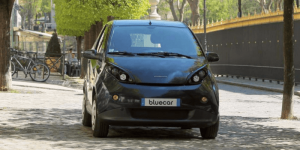 Bolloré subsidiary BlueSG is going to kick off its EV car sharing service in Singapore on December, 12th, as planned. Within three years, the fleet shall grow to 1,000 electric cars and the infrastructure network to 500 stations with a total of 2,000 charging points.

Initially, the company starts with 30 stations and 80 cars available via BlueSG mobile app. More than half of the stations are situated close to public housing areas, 10 will be installed in the centre and 2 close to the city’s Science Park. Future clients are charged per time and not per distance. They have the choice between a yearly membership, costing them 15 dollars per month, but allowing them to drive for just 0.33 dollars per minute or a gratis weekly membership charging 0,5 dollars per minute. Both tariffs are valid for a minimum booking of 15 minutes.

For Bolloré, it is the first venture in Asia, after similar schemes are already running in Paris, London, Los Angeles or Indianapolis. Just recently, the company announced to expand its car sharing service in the British capital by doubling the amount of vehicles from currently 100 to 200 by early 2018.
itsinternational.com, channelnewsasia.com, straitstimes.com