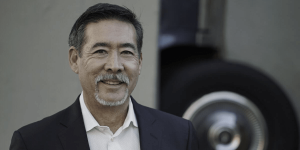 Infrastructure provider Hubject continues its expansion in the States and has chosen Paul Glenney to lead it’s U.S. business. Glenney has 15 years experiences in the cleantech world.

Paul Glenney has been an early participant in the e-mobility industry since the U.S. launch of the Nissan LEAF and the BMW ActiveE. He had roles at NRG eVgo, AeroVironment, Siemens and Faraday Future to name but a few of the major players, where he gained extensive experience.

Thomas Daiber, CEO of the European part of Hubject, describes their vision: “He (Paul Glenney) realizes the need to digitally connect charging infrastructure systems in the U.S.A. Our mutual goal is to establish an open cross-operator charging network, which makes it easy to find, gain access and pay at charging stations.”

Hubject has already opened up offices in San Francisco and Los Angeles and set up Hubject Inc. reportedly and will introduce more initial partners in the coming months. A move into China is in preparation.