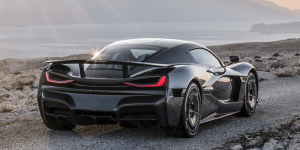 Rimac however, will invest less than 5 million euros (6m dollars) into the new facility and contribute their know how and technology instead. Still, the Croatians are to hold 40 percent of the joint venture, which will trade under the name Zhongkeluorui Technology.

The factory will be built in Xiangyang in China’s Hubei province and targets a production capacity of 50,000 units per year. An unusually high number for a hyper carmaker that is known for its ultra low production runs of a 100 (and less) units.

Rimac however, says it will make an exception for the Chinese market. “China has been strategically committed to electric vehicles and it plans to completely switch the transport to electric drive so we made an exception for the Chinese market. The development and production for all other world markets will remain in Croatia,” Mate Rimc told Poslovni.hr.

The exception is not only down to market forces though. In September 2017, Camel Group invested 30 million euros in Rimac Automobili. 27m euros to boost the electric car business and 3m to promote Rimac’s electric bicycle unit Greyp Bikes. This single largest foreign direct investment into a Croatian technological company now has its spillover effect.

Rimac Automobilii is currently exhibiting its second electric car in Geneva. The Concept two sits two just like its predecessor Concept One, but shall offer more comfort and power. While just 8 units of the Concept One ever rolled off the lines, Rimac plans to build 100 Concept Two vehicles and to sell 20 of them in the first year after launch (we reported).

It is unclear as of now, who or which models are to utilise the 50,000 units that shall be build in China through Zhongkeluorui Technology.

VW and JAC to sell EVs under SOL branding