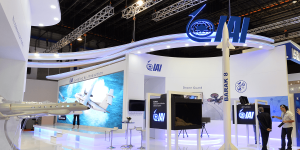 So far the details regarding the subject are scarce – we do know that the airplane is planned to be the size of a Beechcraft King Air 350, and will have a maximum take-off weight of between 4,350 and 6,800 kg.

It is planned to be used for inter-city stretches. Moshe Medina, IAI vice president and director of the development and technical division, has said that he is convinced of the coming dominance of electric mobility in the air. In order to take advantage of the Next Big Thing in time, IAI has invested heavily into research and development of electric propulsion systems and batteries.

The initial investment phase will be covered by the organization itself. Where production is concerned, the company has stated that it is considering setting up a partnership.

The topic of electric aviation is highly anticipated in Israel. Just last year, the startup Eviation Aircraft showed off their fully electric light aircraft Alice at the Paris Air Show. But it is not only small startups who have set their sights on electric- or hybrid-powered aviation. Airbus is is developing a concept  called CityAirbus. Last October, the aircraft manufacturer finished its first propulsion tests, paving the way for the first flight tests end of this year. Their competitor Boeing is supporting the US startu Zunum Aero to develop a hybrid aircraft, which they plan to bring onto the market by 2022.