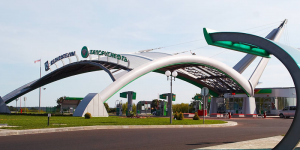 The Belarusian energy company Belorusneft has received the order to establish an EV charging network across the country by 2024. Construction is set to begin on 100 stations by end of this year.

The news was shared by company representatives with the local news agency BelTA. More than 40 of the initial 100 stations will be constructed in the capital Minsk. In the next year, EV drivers should be able to comfortably cross the nation on its main highways without fear of running out of batteries.

So far Belorusneft has mainly been known as a gas company, and is running a total of 18 EV charging stations. Andrei Kotik, who works as the temporary general director for the construction, added that the step is logical, as the company wants to position themselves as a central energy provider. Utilizing their network of fuel stations will certainly help them achieve comprehensive coverage more easily.