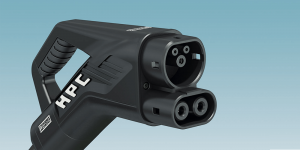 According to the CCS Charge Map, there are now around 6,000 CCS charging locations in Europe. Among the countries with the most charging sites, Germany has taken the lead ahead of the UK, Norway, France, and Sweden. Moreover, the trend points upwards, particularly in the YOY analysis.

Given that a year ago, the number of CCS charging locations was just under 4,000, the growth to 6,000 locations is solid. For the count, the number of 6,000 stands for locations, often with multiple charge points. They are however divided by providers, meaning if Ionity and Allego share one area with charge columns, they count as two sites.

The majority of CCS charging stations have an output of 20 to 50 kW. These are often so-called multi-chargers. Recently, however, the number of high power chargers (HPC) with outputs of 100, 150 and up to 350 kW has increased across Europe.