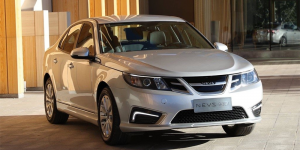 The Chinese real estate group Evergrande Group announced that it intends to start production of its first electric vehicles in June. The company will use production technologies from Saab and Koenigsegg.

This apparently refers to the Saab successor NEVS (National Electric Vehicle Sweden), where Evergrande became the new main investor in January and which in turn took over 20 per cent of the shares of the Swedish sports car manufacturer Koenigsegg shortly afterwards.

Nothing is yet known about the planned production volume, but the Chinese company apparently has big plans. “Evergrande will strive to become the world’s biggest, and the strongest, electric vehicle group within three to five years,” company boss Hui Ka Yan was cited by Reuters.

The Dutch supplier e-Traction is to supply the drive systems for Evergrande’s electric cars. Possibly Cenat New Energy could contribute the batteries for the electric vehicles. Only last January Evergrande took over the majority of the Chinese battery manufacturer. Evergrande wants to increase Cenat’s annual production capacity to 60 GWh over the next ten years. In January, the group also founded a new subsidiary called Evergrande Smart Charging Technology for charging infrastructure. According to Bloomberg, Evergrande is also in talks with Harvard University to cooperate in the future in the development of new batteries, electric motors and artificial intelligence for its electric vehicle business.

Evergrande Health was already well known to many as an investor in Faraday Future. In the first half of 2018, the jointly negotiated $2 billion deal was seen as a lifeline for the startup, which was struggling with financial turbulence. In October, it was surprisingly announced that the electric car manufacturer wanted to withdraw from the agreement with Evergrande Health. This was followed by mutual recriminations for not keeping to the deal. In the meantime, however, calm has returned. Evergrande holds 32 per cent of the shares in Faraday Future. Now Evergrande wants to start producing its own electric vehicles.

Update 23 March 2019: Evergrande Health made an announcement at an earnings conference that they aim to build production capacity for 500,000 to 1 million electric vehicles in three years.