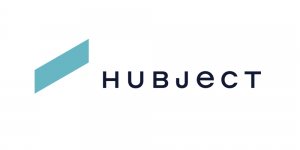 Hubject continues its expansion in China and expands its worldwide roaming network by 35,000 charging stations with the help of new cooperations. Several charging operator networks have recently signed agreements with Hubject.

Partnerships with Charging Point Operators (CPOs) such as CarEnergyNet, YKCharge, EVCDX and Kakuka are designed to provide large-scale interoperability to Chinese customers. In the future, customers will be able to charge from different providers all from the same access point. According to Hubject, their Chinese offer has thus grown by 35,000 charging points.

Hubject operates the roaming charging network, which, according to the company, has now grown to more than 100,000 charging stations and over 300 B2B partners in 26 countries. The Berlin-based joint venture was founded in 2012 by BMW, Bosch, Daimler, EnBW, Innogy, Siemens and Volkswagen with the aim of creating a user-friendly and reliable interoperability solution.

Hubject has grown steadily since entering the Chinese market in July 2018. The four new partners are active in different regions of China: CarEnergyNet, based in Shenzhen, is one of the largest CPOs in southern China, while YKCharge is mainly active in central China around Nanjing. EVXDC is based in the capital Beijing and Kakuka covers the region around Shanghai.

“The market in China is large and there is plenty of room for the development of further cooperation models,” says Li Pu, Vice President of CarEnergyNet, according to a press release. “I think Hubject has a very promising role in the Chinese market. eRoaming services are very much needed here. As the charging infrastructure grows rapidly, we see good chances for Hubject,” said Tian Bo, CEO of YKCharge.

China is one of the fastest growing markets for new electric vehicles (EVs). In 2018, more than 1.2 million electric cars were sold in China – another 64 per cent more than in the previous year. At the end of April 2019, the total number of new EVs exceeded the three million mark. At the same time, around 950,000 charging points were installed nationwide.