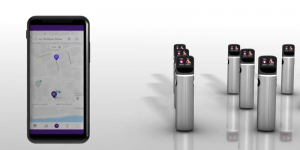 The Italian energy supplier Enel has signed agreements with both Ionity and Smatrics via its subsidiary Enel X: from now on, Enel X customers can also charge at the German and Austrian suppliers’ charging stations.

Using the “X Recharge” app, customers can now charge at more than 6,000 charging stations in Europe, more than 800 of which are located outside Italy. Specifically in Austria, Belgium, the Czech Republic, Denmark, Finland, France, Germany, Hungary, Ireland, Norway, Slovenia, Spain, Sweden, Switzerland, the Netherlands and the UK.

Other partnerships could also be added, as Head of Enel X Francesco Venturini suggests. “Interoperability is a strategic feature for the development of electric mobility and offers our customers, with the X Recharge app, a complete, seamless service experience also through the networks of other charging infrastructure operators, without territorial limits,” he explained. “Consequently, looking ahead, we plan to expand the interoperable network through our agreements with Ionity and Smatrics as well as opening up to new partnerships with other charging network operators.”

Enel X already has partnerships with both companies: The 20 planned Ionity stations in Italy will be built together with Enel X, and the Italians also want to build around 200 charging stations with more than 50 kW in Austria and Italy together with Smatrics. Ionity has more than 110 HPC stations in operation in Europe, and by the end of 2020, there should be 400 charging stations. The Smatrics-network currently has 450 charging points, 250 of which offer more than 50 kW.

Customers have some more changes to get used to: The “X Recharge” app will soon be replaced by a new charging app called “JuicePass”. According to a press release, the further development of the previous app will be “the only interface Enel X customers use to charge at home and in the office” – or on the road. The new app has already been launched in Italy. From the end of July, “JuicePass” will also be available in app stores in Spain, Romania and the USA.