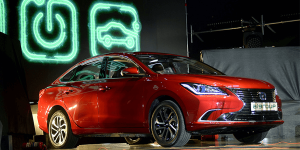 In cooperation with the Chinese vehicle manufacturer Changan, the Georgian Aigroup is building a plant for electric cars in Georgia, which is scheduled to go into operation as early as 2020. The electric cars will also be sold in the EU.

It is planned to initially produce 40,000 electric cars per year in the factory outside the gates of the city of Kutaisi, of which around 20,000 are destined for export. Initially, four models will be offered. The vehicles will also be sold in EU countries – the markets and models involved are not yet known.

“As for employment, during the starting phase, we plan to recruit 300 workers, but many more will join us at the operational phase,” Kakha Guledani, representing the industrial holding Aigroup, told news media. Up to 2,000 jobs are to be created later, according to the same report.

Around the 100-hectare site of the planned car factory, an industrial complex with a plant for solar collectors and “other high-tech factories” is to be built. Kutaisi should thus regain its old status as the capital of mechanical engineering, said Economics Minister Natia Turnava at the presentation of the factory plans.

Georgia wants to become a pioneer in electromobility in the region – with ambitious goals. “We are building a green economy,” Turnava said. “The electric car producing factory in Kutaisi is exactly the project [that contributes to the development of green economy].” In the next ten years, the country aims to replace its “polluting” car fleets with electric cars.

BMW CEO Harald Krüger to retire from board