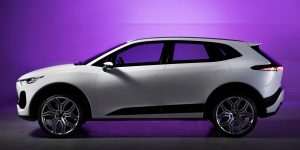 At the presentation held in Sokołów near Warsaw, ElectroMobility Poland announced that the Izera would come with two battery variants of 40 and 60 kWh. The Polish electric car should be able to charge to 80 per cent at a fast-charging station in 30 minutes and should have a range of 400 kilometres.

The presentation was attended by the most important commentators and specialist editors of Polish media. Agata Rzędowska, who writes as a trade journalist for the most important Polish transport industry platforms, wrote about the two visually appealing prototypes of a compact car and an electric SUV. What remained unanswered were questions about the financing of the production process, the battery suppliers and information about the expected sales price of the Izera.

Electromobility Poland is owned by the state energy companies PGE, Tauron, Enea and Energa. The declared aim of the project was to develop an electric car that uses components from Polish suppliers wherever possible. As the presentation showed, this was only partially successful: Starting with the design created by the top Polish designer Tomasz Jelec, which was put together in an Italian company (Torino Design), and the component integration goes back to the German company EDAG.

As Bartłomiej Derski from the Polish publication WysokieNapiecie reports, the vehicle developers will purchase an existing electric car platform on which the electric car is to be based. According to EMP representatives, this is the only way to meet the tight schedule. EMP President Piotr Zaremba said that the company is in negotiations with two potential partners, and although he does not name names, it seems clear that it will not be a Polish company. According to journalist Derski, the likely partners for this are Volkswagen with the MEB platform, Toyota with the e-TNGA or Hyundai with the new E-GMP. This being said, the latter two companies are not even clear whether and when they will offer their platforms to third parties. It is therefore quite possible that platforms from suppliers are also meant. Project partner EDAG is developing a scalable electrical architecture itself.

Wojciech Jakóbik, one of the most important energy experts in Poland and chief editor of BisnezAlert.pl, spoke with several representatives of EMP during the event who pointed out that the development of an electric car needs the know-how of foreign companies and that this knowledge is beneficial for the Izera brand. According to EMP, production of the Izera is to start at a site in Silesia in 2023  with 3,500 employees.

Agata Rzędowska writes that the representatives of the big energy companies backing the project stayed away from the event, something that was not well received by guests. The form of the presentation was criticised just as frequently, which under the current conditions of the Covid-19 pandemic may as well have taken place online.

Aleksandra Fedorska is a correspondent for Polish and German media reporting on energy policy and e-mobility. Her other reports for electrive.com include reports on Polish government subsidies for electric vehicles and the electric bus boom in Poland.

UK: Mercedes EQV prices are out and order books open