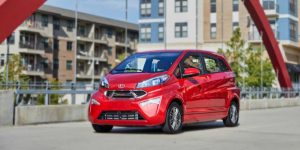 The Chinese electric car manufacturer Kandi is about to enter the US market. On 18 August, Kandi will start US pre-sales of its two models and deliveries are scheduled to begin in 2020.

Kandi America has adopted the slogan “Auto EVolution for all” for the model premieres. With further subsidies from some states, the vehicles should be available in some cases for $10,000 and $20,000 USD respectively, according to Electrek.

The K27 is the cheaper of the two models, which would cost over $20,000 without the $7,500 tax credit from new manufacturers. The small four-seater offers a range of 100 miles or about 160 kilometres. The battery capacity is stated as exactly 17.69 kWh,  but not whether this is a gross or net value. 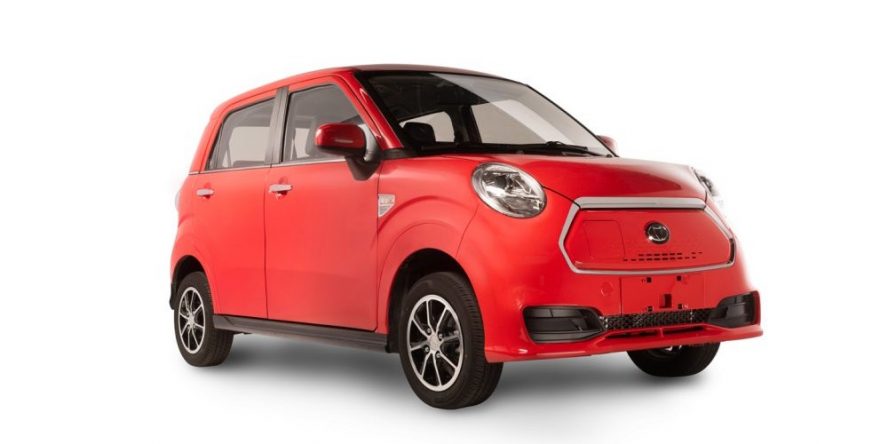 While the K27 is intended primarily for commuters, the futuristically designed K23 is larger and is also intended to offer a higher load volume. With 180 miles (290 kilometres) the range is higher, the battery with 41.4 kWh is larger. But the price is also higher: If one assumes that the K27 also receives the full $7,500 tax credit, it would be priced at $29,999 without the premium. By comparison: for $37,990 dollars there is already a Tesla Model 3 SR+ in the USA – without the tax credit because this already expired for Tesla.

As InsideEVs notes, a test cycle is not mentioned in the range data with which the values were determined. The electric vehicle news site estimates, however, that the figures are probably the more common NEDC figures in China and not the stricter EPA figures in the USA.

Whether the concept with the small cars will work out at these prices will become apparent in the fourth quarter at the latest.

Update 20 August 2020: The company is on schedule to begin deliveries as promised this year. Kandi America says it has received 436 pre-orders for the newly launched models K27 and K23 and is offering a special promotion for the first 1,000 reservation for each model.

Update 24 August 2020: Kandi just announced that it is now examining the possibility of a production facility for its electric cars in North America. Initial talks are currently being held with potential partners and local government authorities on the border between the USA and Mexico.

Kandi Chairman and Chief Executive Officer Hu Xiaoming explained: “We have achieved initial success with our strategic decision to expand to the U.S. electric vehicle market. Over the near term, we are confident we can meet the growing North American demand with our existing manufacturing facilities in China. Longer-term, however, we are actively exploring the possibility of manufacturing EVs and off the road vehicles locally, as we plan to more aggressively target the fast-growing North American market.”

Kia Soul rumoured to be cancelled from US markets