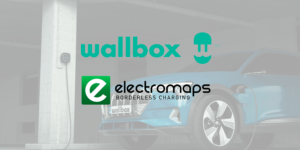 The Spanish charging station manufacturer Wallbox has acquired Electromaps, a digital platform for accessing charging stations in Southern Europe. The app from Electromaps enables around 100,000 users to access and pay at 120,000 charging points by cell phone.

Wallbox has so far concentrated on private and semi-public charging with its chargers. With the takeover of Electromaps, the company is entering the public space for the first time. Company CEO Enric Asunción accordingly describes the acquisition as strategically significant: “By adding public charging access to our portfolio, we are making rapid progress towards creating a complete ecosystem for electric car charging in our current markets. Beyond having southern Europe’s leading platform in public charging, Electromaps and its team bring years of expertise in this market segment.” The next stage of expansion, the Spanish company said, is the US market. There they want to distribute their chargers shortly and now – after the takeover – also offer the digital service package from Electromaps.

Electromaps was founded in 2009 and, says it has around 100,000 users. The company’s digital platform offers users access to 120,000 charging points where they can charge via the integrated payment function. The Catalan company – they are based in Barcelona – see themselves as allies of electric car drivers and charging infrastructure operators alike. The platform’s B2B customers include the government company FEDA, which manages all public charging points in Andorra via Electromaps.

Wallbox, which has been in existence since 2015, also has headquarters in Barcelona and, by its own account, now has over 250 employees in offices in Europe, Asia and America, and two factories. It was only at the beginning of the year that the Spanish completed the second tranche of their Series A financing round, bringing them an income of 23 million euros. The funds are to accelerate expansion into China and the USA. The manufacturer currently sells its chargers in more than 40 countries. Wallbox latest product called Quasar is the first bidirectional home charger.